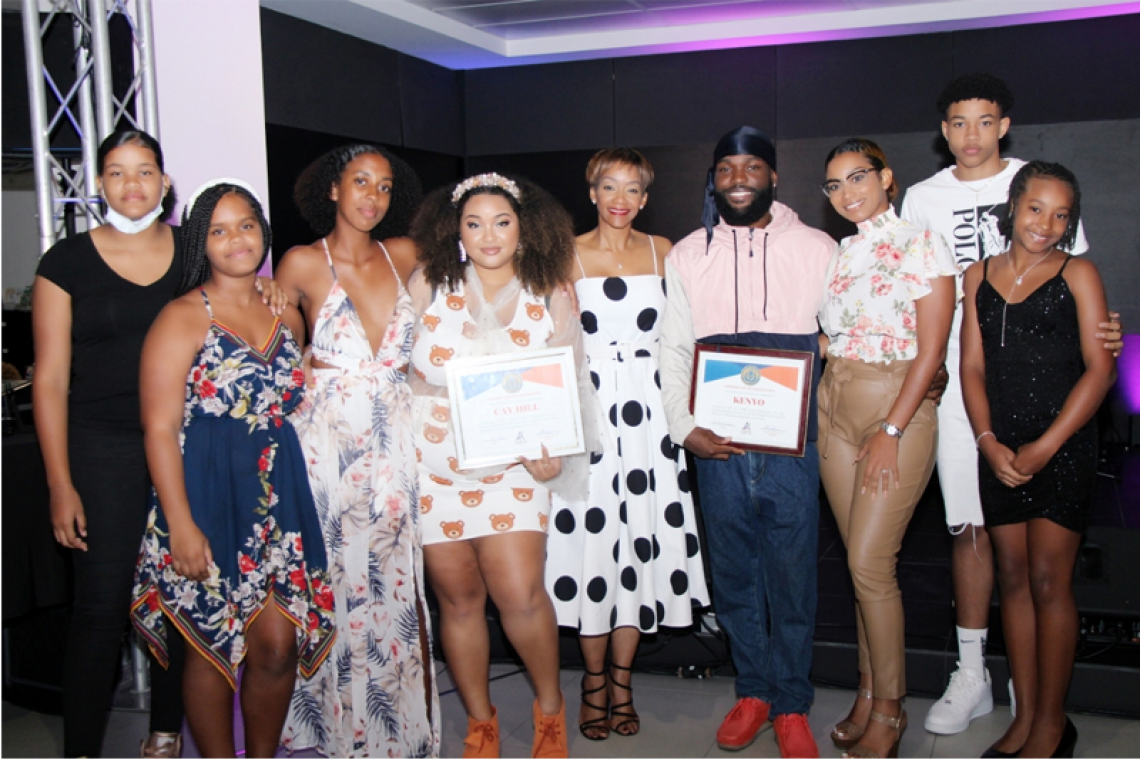 MP Angelique Romou (centre) with the awardees and other persons.

Romou and SMPYA thought it was important to recognise Cay Hill and Baly, who they said are making a name for themselves locally and internationally in the music industry.

The MP said she had known Cay Hill since she was a child. Cay Hill was a member of a children’s choir that Romou directed. Cay Hill also joined the SMPYA Foundation at the age of nine and was one of the weekly voices on its Saturday radio programme “Kids’ Place Radio” on SOS Radio 95.9FM when it began a decade ago. The MP said Baly was also a member of the SMPYA Foundation from the age of 15. “So, bestowing the two young St. Maarten stars with the prestigious Youth of Excellence Artist awards was quite an honour.”

She thanked the Pretty Boy Worldwide label for giving the two artistes the platform to share their music with the world and encouraged St. Maarten to continue to support local talent.

The monthly athlete and artist Youth of Excellence recognition programme recognising youth from St. Maarten for their excellence in sports and in the arts began in February.

Romou urged sport and art organisations to submit their candidate recipients for the month of April as they are still accepting nominees. Nominations can be made by sending an e-mail to