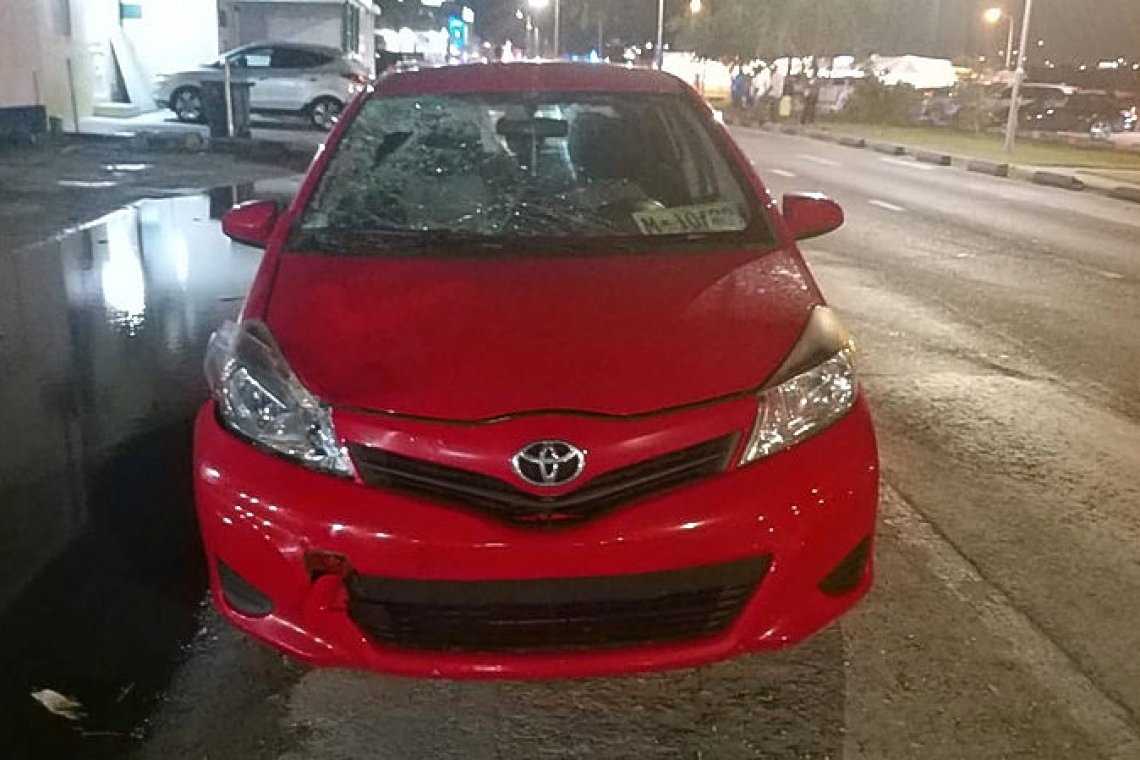 Damage to the car that struck a pedestrian on Saturday night.

PHILIPSBURG–The Traffic Department of the St. Maarten Police Force KPSM was called out to W.J.A. Nisbeth Road (Pondfill) around 9:15pm Saturday because a man R.R.G. had been struck by a car.

According to police, a red Toyota Corolla was travelling on W.J.A. Nisbeth Road from Prins Bernhard Bridge towards the Salt Pickers roundabout and hit a pedestrian in front of Soualiga Guest House.

The police said the man had been crossing the street without paying attention to traffic. The car hit G. on his left side, throwing him into the air, and he landed on the car’s windshield.G. suffered only minor injuries despite the violent nature of the collision. Paramedics treated him at the scene, and he was later taken to St. Maarten Medical Center (SMMC), where he was held overnight for observation.

“The Traffic Department is investigating this accident,” said police in a press release on Monday.

Police and bystanders tending to the man who was hit by a car on Saturday night.