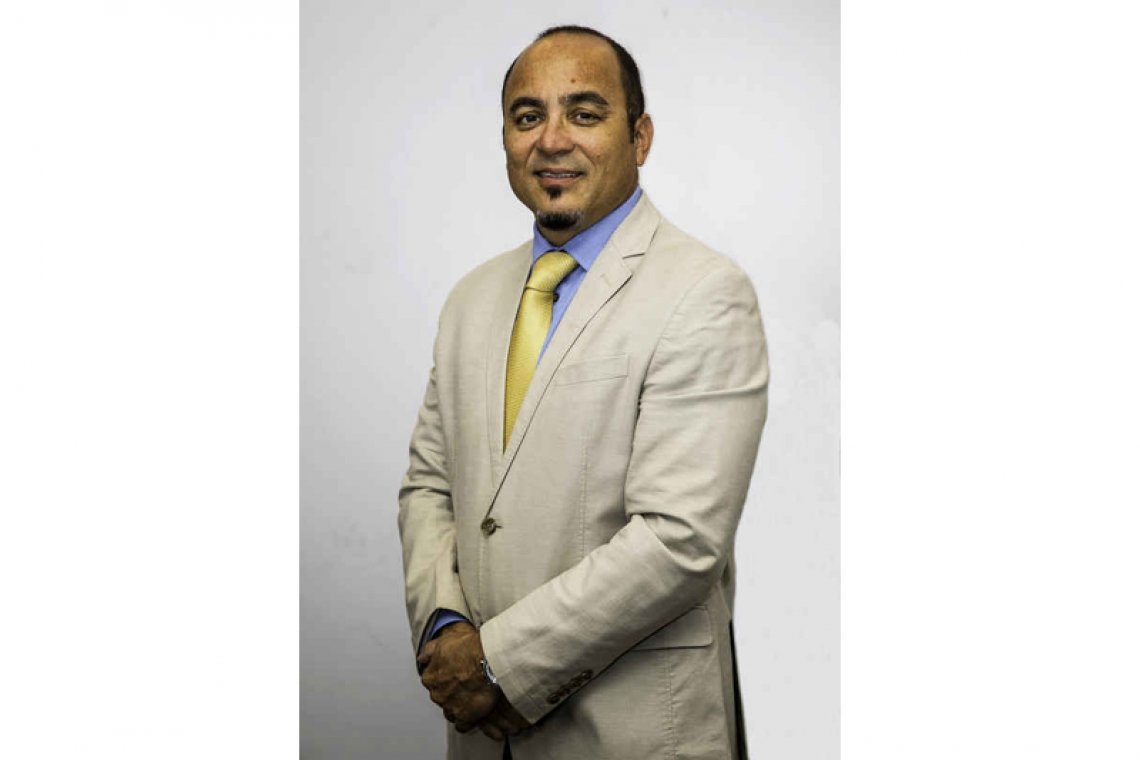 SIMPSON BAY/AIRPORT–Seemingly underlying tensions between Parliament Chairperson Rolando Brison and Princess Juliana International Airport operating company PJIAE chief executive officer (CEO) Brian Mingo reportedly boiled over in a tense conversation at Chinese restaurant White Swan in Simpson Bay, on Saturday afternoon, August 1.This was after Brison – part of a contingent of government officials and tourism stakeholders – visited the airport to witness the first United States (US) flight to return to St. Maarten following the coronavirus lockdown.  Brison, along with Minister of Tourism, Economic Affairs, Transport and Telecommunication (TEATT) Ludmila de Weever and Minister of Public Health, Social Development and Labour VSA Richard Panneflek, was on hand at the airport to witness the country’s first flight from the US on Saturday morning.

Brison allegedly joked with three airport workers that morning about dismissing Mingo as airport CEO. Someone told Mingo about this later that day and, when Mingo saw Brison at the restaurant with De Weever and several others, he confronted Brison about his comments and the two exchanged heated words.

Mingo wrote a letter to Parliament on Wednesday and complained about Brison’s behaviour at the airport.

“We finally had a small ceremony at the airport to celebrate the much-needed US reopening for our airport, our destination St. Maarten and it was celebrated as a joyful event. Remarkably on that day [Member of Parliament – Ed.] MP Mr. Rolando Brison found it also humorous to come to the airport at the restricted arrival area and make a statement ‘if we are firing the CEO today.’ Three PJIAE employees were present.

“I only heard about this at the end of the opening day, and was astonished to understand that this took place at the airport in front of staff, just after having recovered from an unstable work floor environment a month ago, also promoted by the same MP Brison since his social media clearly shows his position on creating additional havoc during these recovering times.

“That same day, I eventually met up with MP Brison in a restaurant and communicated in a firm manner that this was not appropriate action or comment to make at the airport in front of airport staff. If there is an issue, this can be discussed in person and not among staff, and I said this with a tone in my voice …

“I will not accept or tolerate this type of undermining behaviour against my person. The Member [Brison – Ed.] defamed my character and left me appalled at the level of continued vindictiveness on the part of MP Brison. He should know that in order to judge anyone he has to keep a clean nose himself,” wrote Mingo to Parliament.

While Brison denies that he joked about firing Mingo, he confirmed that he did have a conversation with three airport workers. However, he said the conversation was about a letter submitted to Parliament on July 28, which was signed by 121 of the approximately 270 PJIAE personnel.  The letter charged Mingo with mismanaging the company’s funds, as well as characterising him as secretive, dishonest and “victimising staff for his own selfish motives.” The signatories called for Mingo’s resignation or dismissal by July 31.

Brison said the workers asked him if Parliament had received the letter and claimed he only told them he would make sure the letter “gets the necessary attention.”

According to Brison, Mingo approached him at the restaurant and said, “I don’t appreciate you coming into my airport and telling my workers that you’re going to fire me.”

Brison said he was shocked to see Mingo react like this, and responded by saying, “How dare you come with this disrespect!”

The incident comes after several months of Brison criticising Mingo for his management of PJIAE, especially in relation to the terminal building’s reconstruction. Brison presented a motion to Parliament in May resolving that government request the board of airport holding company PJIAH to submit an evaluation of Mingo within four weeks, among other things. The motion passed, with 12 votes for and two against. The Daily Herald understands that this evaluation has yet to be completed.

“He [Mingo] has such an arrogant character that he actually thinks he should preoccupy himself with Members of Parliament instead of doing his job, which he is failing at … I’ve said this in Parliament many times, by every objective measure he is failing. And for some reason, I’m a representative of the people and I’m calling for our CEOs, directors [of government-owned companies] and so on, to do a better job and instead of them doing better, they get defensive. It is unreal,” said Brison in an invited comment on Thursday.

Brison also referenced the letter submitted by airport workers in a Facebook post on Wednesday. He said the letter details “the evidence that has bred discontent with the CEO of the airport,” while characterising the situation at PJIAE as “toxic.”

This newspaper approached Mingo on Thursday afternoon for comment on the airport workers’ letter.

“The content [of the letter] was untruthful and fabricated. I am focusing on the rebuilding of our airport and our business. I have an open-door policy and am very approachable as an executive, so it would be the normal way to go. I have met with many since my start in 2019 and this was never the feedback I got, or anything close to my style of working.

“Let’s work together, let’s fix our airport and our destination St. Maarten … We need to rebuild a broken airport and revive the tourist sector. Throwing sand in our food and eyes defeats the purpose of progress. We need to work together; we need to move forward. Anything else does not add value to our present situation,” said Mingo.