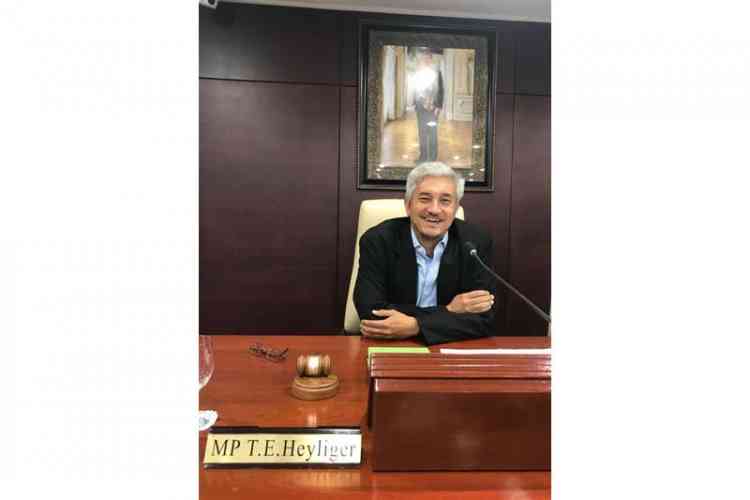 PHILIPSBURG–The Prosecutor’s Office has announced that it will appeal the acquittal of suspended Member of Parliament (MP) Theodore Heyliger (49) in the “Catfish” case.

This is in connection to the claim of vote-buying, said the Prosecutor’s Office in a press release on Thursday.

“The Prosecutor’s Office would like to hear the assessment of the Court of Appeals concerning the meaning of ‘a promise’ in criminal law,” according to the press release.

Heyliger was acquitted of all charges in the Catfish investigation by the Court of First Instance on Thursday, November 14. He was facing 12 months in prison, six of which were to be suspended, and a five-year suspension of his passive voting rights.

Heyliger and co-defendant J.M.S. (71) were both charged with having attempted to bribe former MP Romain Laville during the period of September 1, 2012, to July 25, 2013. The suspicion was that both made various promises to Laville with the intention that he would give up his seat in Parliament, thus withdrawing support from the then-Wescot-Williams II Cabinet.

Sums of money ranging from US $135,000 to $350,000 allegedly were promised to Laville. A post as Minister of Tourism, Economic Affairs, Transport and Telecommunication (TEATT) in the then new Cabinet to be formed was also offered, all of this if Laville obliged by giving up his seat in Parliament, which would then go to Heyliger.

The Court of First Instance said in its verdict on November 14 that there was not enough evidence to substantiate the charges. “The only witness who also said Heyliger offered money to Laville, said he got his information from Laville, so from the same source.”

The Court also said the offer of a ministerial post is “part of the legitimate political process in a democratic country where coalitions need to be forged to achieve workable majorities” and therefore “there is no question of bribery.”

“Without the amounts of money being offered or paid for, this gift/promise is not punishable by itself. After all, not every act that is performed as a result of a gift or promise results in bribery,” said the Court of First Instance in its verdict.