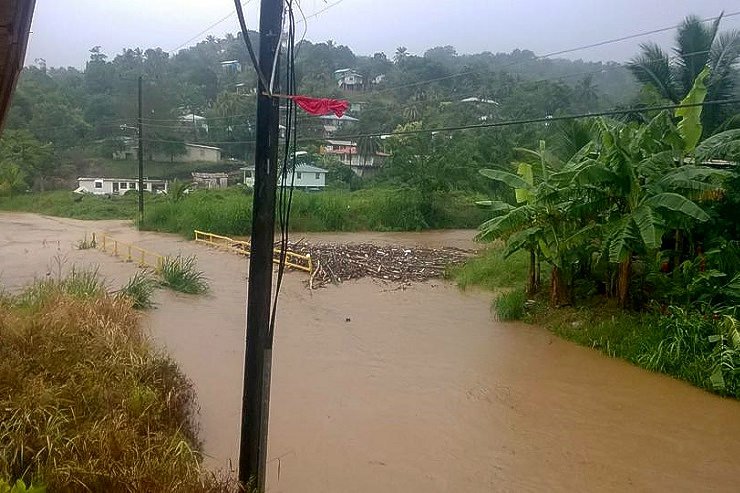 CASTRIES, St. Lucia–Thousands were without electricity in St. Lucia, rivers overflowed their banks, and several communities were flooded Wednesday night and into Thursday. And Tropical Storm Matthew which passed through the Windward Islands Wednesday is to blame.

A tropical storm warning that was issued late Wednesday morning after the storm developed was lifted, and the all clear given. The George F.L. Charles Airport was scheduled to reopen at 8:00am, while the Hewanorra International Airport was set to resume operations two hours later.

However, residents have been urged to be cautious.

“The threat from Matthew is diminished. However, people still need to exercise caution. Persons should still try to remain home. Small craft operators should not go out today [Thursday – Ed.],” the St. Lucia Meteorological Office advised.

Prime Minister Allen Chastanet, who is overseas, also appealed to citizens on local radio to stay off the roads and allow the emergency services to do their jobs.

Many bridges and roads were impassable because of flooding, as well as downed electricity poles and trees.

Officials had indicated early in the day that power would be restored to most areas by the end of the day.

There were also reports of landslides as well as water outages in some areas.