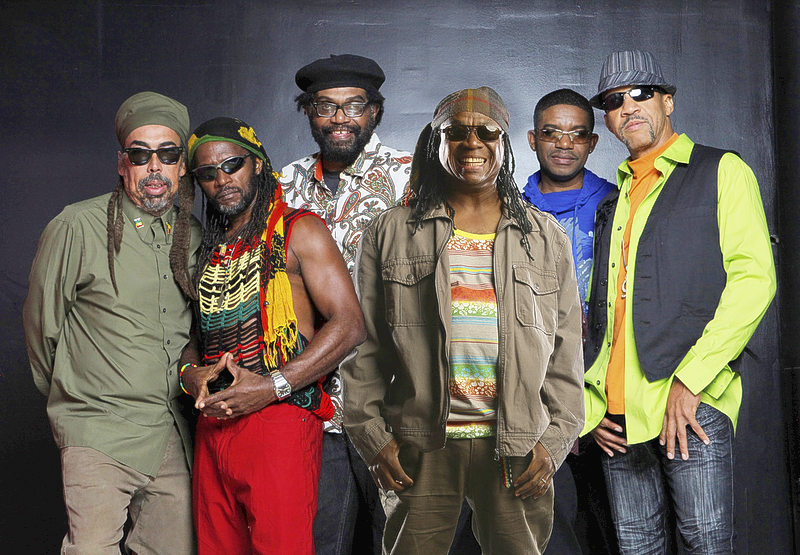 MARIGOT–WhereTheFlex.com and RiddimBox Entertainment, promoters of some of the biggest Carnival concerts on the Dutch side of St. Maarten have once again teamed up to create an impressive line-up for the 2017 French side Carnival’s Reggae Night on Saturday, February 25, in Carnival Village, Galis Bay.

The show is named R.A.W. 2017, Reggae ALLWAYS and is expected to be the biggest international concert for the 2017 Carnival. Promoters are anticipating a “blazing hot” night of Reggae.

Wheretheflex.com and RiddimBox Entertainment are committed to maintaining their high level of quality entertainment in keeping with the “Fully Loaded” and “Main Event” concert series.

The much anticipated announcement of the artists for The French Reggae night came on Saturday, December 10, at The Biggest Party of The Year 2016 and as expected, the buzz for the show is extremely high.

On Sunday, December 11, 2016, WhereTheFlex.com and RiddimBox released the R.A.W. 2017 video teaser on the WhereTheFlex Facebook page https://www.facebook.com/wheretheflex). The video has since been viewed more than 44,000 times.

The artist line-up includes Red Eye Crew. The Red Eye Crew (R.E.C) is a group made up of four young artists originating from St. Martin. Their music is characterized by an original style with English texts, spiced with patois, Creole and French. Many hits from the R.E.C. include “Kalala”, “Thing Deh”, “Ouvéé” and “Back It Up”.

Charly Black: Charly Black is a Jamaican dancehall recording and performing artist known internationally for his hit songs and engaging performances. Charly started out in the music business as a DJ/MC on the famed Bass Odyssey Sound System. In 2009 Charly recorded “Rich This Year,” his first international hit. Many other hits would follow including “Buddy,” “Wine and Kotch” and his mega hit “Party Animal.”

Third World: Third World is a Jamaican Reggae band formed in the 70s. Their sound is influenced by soul, funk and disco. Mostly well-known for their hits: “Now That We Found Love,” “96 Degrees in the Shade” and “Reggae Ambassador.” Third World have served in their capacity as Reggae Ambassadors performing in virtually every continent.

Capleton: Capleton is a Jamaican Reggae and Dancehall artist. He is also referred to as King Shango, King David, The Fireman and The Prophet. Capleton has had a string of hit songs from “Dis the Trinity,” “Tour,” “Slew Dem,” “Jah Jah City,” “That Day Will Come,” “Who Dem,” “Cooyah Cooyah,” “Acres,” “Raggy Road” and his collaboration with Steven Marley and Sizzla “Rock Stone.”

Tickets for R.A.W. 2017 cost US $30 or 30 euros in advance (or US $40 or 40 euros at the gate) and are available at UTS/Chippie (Philipsburg, Simpson Bay and Marigot), Van Dorp (Madame Estate and Simpson Bay), Levi’s (Marigot), ABU G (Madame Estate), Happy Shop (Marigot) and Ticketpal.com