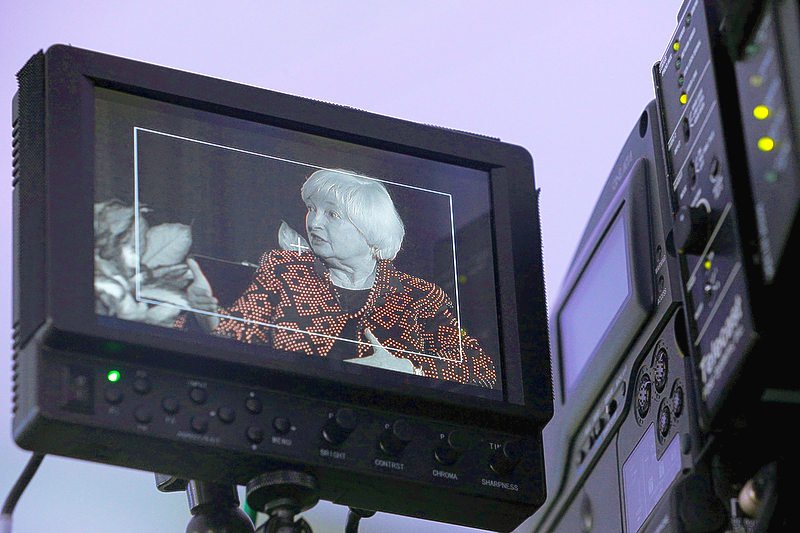 CAMBRIDGE, Massachusetts–The Federal Reserve should raise interest rates “in the coming months” if the economy picks up as expected and jobs continue to be generated, U.S. central bank chief Janet Yellen said on Friday, bolstering the case for a rate increase in June or July.

“It’s appropriate … for the Fed to gradually and cautiously increase our overnight interest rate over time, and probably in the coming months such a move would be appropriate,” Yellen said during an appearance at Harvard University.
Her comments, while balanced, suggested the powerful Fed chair is on board with several of her colleagues who in recent weeks have said the central bank is preparing to follow up on an initial policy tightening in December.
Although Yellen expressed caution about too steep a rise in U.S. rates, she sounded more confident than she has in the past that the U.S. economy has rebounded from a weak winter and that inflation would edge higher toward the Fed’s 2 percent target. “The economy is continuing to improve … growth looks to be picking up,” Yellen told a group of professors and alumni at the Ivy League college in Cambridge, Massachusetts. She expects the labour market to continue to improve despite much progress because “further gains are possible,” she said under an open-air tent on campus.
Prices for U.S. Treasuries fell after Yellen’s remarks, while stocks rose. The U.S. dollar was trading higher against a basket of currencies.
The probability of a rate hike at the Federal Open Market Committee’s June 14-15 meeting rose to 34 percent from 30 percent before Yellen’s remarks, according to CME Group, where the futures contracts are traded. Bets on a rate increase at the July 26-27 policy meeting edged up to 60 percent, more than double the estimate from a month ago.
The Fed raised its key benchmark interest rate in December for the first time in nearly a decade, but has held off since then due to concerns earlier this year about a global economic slowdown and financial market volatility. Those concerns have subsided somewhat in recent months.
In recent weeks, several Fed policymakers have reacted to stronger U.S. economic data including on housing and retail sales by putting a rate hike squarely on the table for either June or July. Earlier on Friday, the government revised higher its first-quarter GDP growth estimate to 0.8 percent, from 0.5 percent.