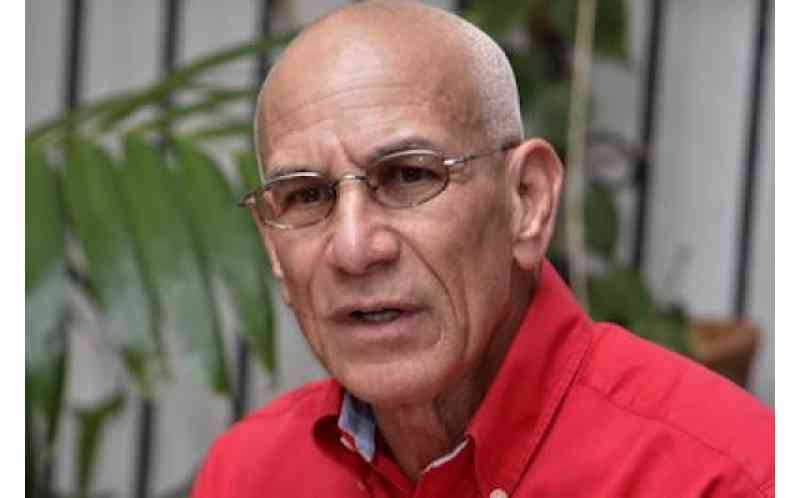 The SXM SHIPYARD NV (SSY) and 3 local families in 2006 were issued a 12-year             short term “Long Lease” ending on September 21, 2018, for 8 parcels of land and 1 parcel of water. The 3 local families were given explicit authority to sublet their parcels to the SSY. The SSY was established as a for profit business opportunity to provide yacht maintenance facilities on St. Maarten, in the hopes of lengthening the annual yachting season for this destination and thereby contributing to providing practically year-round, rather than seasonal employment in the marine sector.

4 years into its existence it became clear that seeing the high level of funding needed to make the SSY a financial success, a longer-term land lease was required by financial institutions to consider proper funding avenues for the SSY.  From 2010, the inception of Country Sint Maarten, ALL subsequent governments were approached with the request for a longer land lease. Through June 2018, all Ministers of VROMI hid behind a pending decision by the PJIA on whether or not that institution would on short, medium, or long term require the use of ALL the properties to the North (Lagoon side) of the present runway, to construct a full-length back taxi-way. Eight years ago, pending response from Government, the SSY made a business decision to use its limited existing operational cash flow to keep the business afloat (pending bank, or other re-financing), by prioritizing payments of the salaries (and related fees, taxes, etc.) of its employees (on average 15). SSY also would meet as many other operational expenses it could afford. This decision was taken while still working on getting the land lease extension, which until May 9th, 2019, had not been decided on by Government.

SSY has ALWAYS maintained its commitment to pay off all lease arrears as soon as re-financing is achieved. SSY has NEVER requested a rebate, discount, reduction, write-off, or “wipe-out” of any money owed to Government. SSY and the 3 local families all together owe Government just over

Until the WORLD BANK/NRPB announced that millions of guilders were being made available for an up-to-one-year project to clean up the Simpson Bay Lagoon after the devastation of Hurricane IRMA and they together with Representative of SSY Management, Mr. Jeff Boyd of MMC N.V., decided that the SSY premises would be ideal to use as staging location for hauled out boat wrecks to be processed in accordance to WORLD BANK PROCEDURES, no person or company other than the SSY was interested in the leased properties.

Just like it remains a mystery to many why immediately after the passing of Hurricane Irma, damage to the PJIA Terminal Building on the watch of the then Minister of TEATT and the then Minister of VROMI was not mitigated for more than 4 months prior to the appointment of the Interim Cabinet of Prime Minister Leona Romeo-Marlin, thereby causing substantially more damage to the interior of the Terminal building, it is now a mystery why an 8 year land lease issue with the SSY is attracting as much attention as it is from MP’s Brison and Emmanuael. And regarding the PJIA, another un-answered mystery is while in October of 2017 the Airport Terminal Building and the economy of the country were in shambles, on the watch of the then Ministers of VROMI and TEATT, a start on construction of an US$ 8,000.00 per square meter new FBO (Biz Jet Terminal) was announced in the press, picture with shovels in hand and all. Former PM Marcel Gumbs in 2015 had previously successfully stopped this fleecing exercise.

MP Brison’s comment that: “Mr Ferrier was doing everything in his power to wipe government books clean for his own personal interest”

THIS Mike Ferrier with all his shortcomings, prides himself to do ALL his business in a commercially responsible, open, fair and transparent way and insists the same from businesses he is associated with, including the SSY. Hence his personal and business relationship with MMC N.V. and its Managing Director Jeff Boyd, representative of the management of SSY, who does business according to a similar code of conduct.

After the passage of Hurricane IRMA. THEN Minister of VROMI Emmanuel (possibly ILLEGALLY?) halted yacht recovery from the waters of the Simpson Bay lagoon by owners of those sunken yachts, thereby causing irreparable damage to salvageable vessels, the lagoon environment, the marine industry and consequently, the country’s economy. Then Minister of VROMI Emmanuel used the powers of his office to intimidate persons of goodwill who were trying to make a positive difference in the post Irma Simpson Bay Lagoon yacht recovery efforts.

Vigorous discussions have taken place with the present Minister of VROMI, the Honorable Mr. Mikhlos Giterson and his staff, always in a cordial atmosphere. In one of those meetings we reported to the Minister that Mr. Boyd was approached by an individual with the message that for payment of US$ 35,000 the requested lease extensions would be made in favor of the SSY, to which Mr. Boyd responded to the messenger: “Go back and tell whomever sent you, that I do not dance”.

In 2001 as Commissioner in charge of Transportation Mike Ferrier proudly takes credit for the formation of the Simpson Bay Lagoon Authority Corporation N.V. as a vehicle to accept financing by the Netherlands Antillean Economic Development Fund to pay for the lengthening of the Simpson Bay Lejuez Bridge. This caused the widening of the entrance to the Simpson Bay Lagoon and spawned the building of ALL the Mega Yacht Marina’s in that lagoon. Today the marine trade industry and related business makes up approximately 17% of our country’s GNP. And for the record, at no time in, or out of Public Office has Mike Ferrier ever held any position in the SLAC.