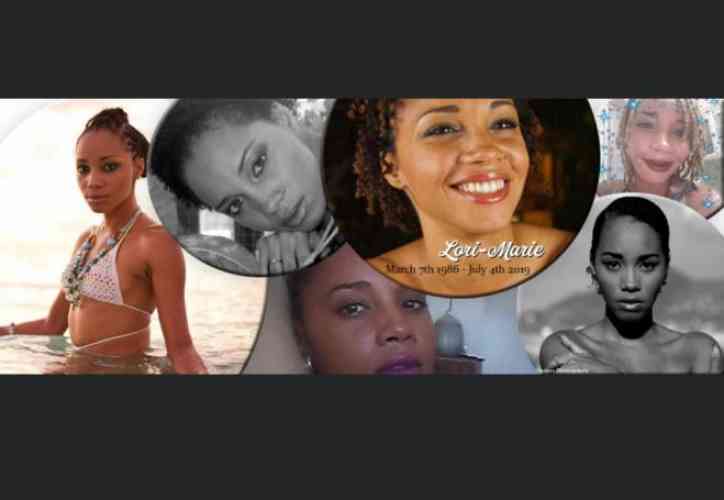 Philipsburg, Sint Maarten – Some eight months after Lori-Marie Peterson drew her last breath and left a gaping hole in the lives of her family, the mystery of her death appears one step closer to being solved. This come after Police made their first and so far only arrest in connection with her death.

Lori-Marie’s last narrative started on Emancipation Day, July 1st 2019. Police and ambulance raced to Belvedere after a call was received about a partially naked and non-responsive young woman behind a garbage bin across the Red Cross Senior Citizens Homes.

The young woman was later identified as Lori-Marie Peterson. She was rush to St. Maarten Medical Center (SMMC) and admitted to the ICU.

In spite of the best efforts of doctors, Lori-Marie’s health took a steady downward spiral within days she exhaled her last breath never able to tell investigators who harmed her or having the presence of mind to tell her loved ones a fond adieu.

A “murder” case was opened by Police into Lori-Marie’s death, but this was never stated publicly. After Lori-Marie’s death in July 2019, 721 News approached the then Police Spokesman, now retired Chief Inspector Ricardo Hanson for details about the case, but nothing was shared. An eye was kept on this case, and all those months later the break in the case – the recent arrested – was learned about.

A toxicological investigation was carried out Lori-Marie’s body since last year with the assistance of the Netherlands Forensic Institute (NFI) laboratory in the Netherlands.

721 News was informed this weekend by a source that a suspect was arrested in this case. This information was confirmed by the Prosecutor’s Office.

721 News will continue to look for more details of the case and looks forward to the Police (KPSM) finally issuing an official statement about Lori-Marie’s case and even requesting public assistance in her mysterious death.

Lori-Marie’s still grieving family calls on anyone who may have any information, no matter how insignificant it may seem, about the last 100+ hours (last four days) of her life to contact the Police Detectives Department. #Justice4Lori