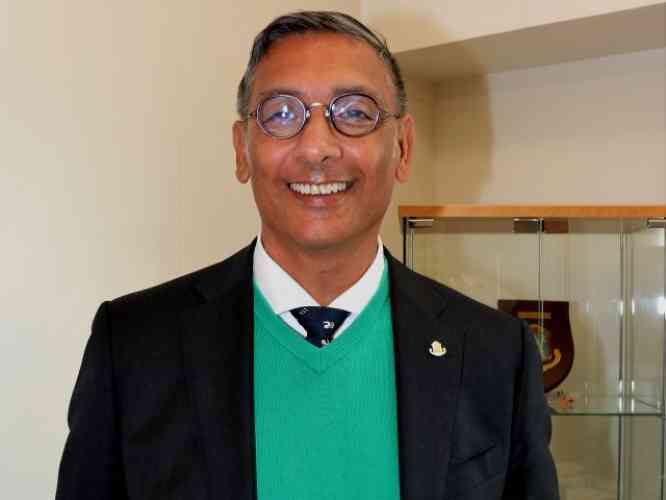 PHILIPSBURG, Sint Maarten — Finance Minister, the Honourable Perry Geerlings, is critical of “the false claims made by the St. Maarten Consumer Coalition & Anti-Poverty Platform who recently said his Ministry’s policy on alleviating the burden for businesses and residents with outstanding taxes, did not favour the small man,” in a recent publication.

Geerlings said contrary to the Platform’s claim, the Ministry did not make provisions for the average citizen and that certain taxes were exempt “is wrong.”

This is a “misrepresentation of the truth” because the offer has been given to all residents and business owners to go to the Receiver’s Office and make a payment arrangement if they feel they are unable to pay their “outstanding taxes” all at once.

Geerlings said he has always felt that the idea behind the Platform’s establishment is commendable. It can be a vehicle to drive home to many benefits for the people of St. Maarten. This does mean, however, that the work they do has to be factual and be clearly in the interest of the people.

The Platform alleged in a recent publication that the Finance Minister has “no leniency for the consumers going through hardship after Irma” but is “providing leniency to businesses by allowing them to play a little longer with the money collected” from consumers that should be paid into the coffers of government.

The statements by the Platform are unfounded as the option of a Payment Plan for “outstanding Taxes” applies to businesses and residents alike. Geerlings said, “There is no distinction on the type of taxes in this case so long as it is outstanding taxes, the option is there for everyone to make a payment arrangement with the Tax Department.”

He explained that only “outstanding taxes” are referred to in the payment arrangement option given to both business owners and residents. All current and future taxes should be paid as scheduled. The fact that the Platform has been so critical of his offer but has failed to reach out to the Minister raises the question of their actual intention. “However, I am willing to give the Platform the benefit of having misunderstood the Government’s intention through my Ministry. Everyone suffered after hurricanes Irma and Maria and therefore everyone who has a need for a payment arrangement to ease their burden is afforded one with this initiative,” said Geerlings on Monday.

Geerlings said he is happy to discuss his approach regarding tax relief with the Platform should they wish to engage in a meaningful discussion on the matter.

“If indeed the Platform intends to address certain issues that are affecting the people, then a good approach would be to go to the sources and get accurate information. When falsehoods are peddled to the public by organisations that people expect to work in their best interest, it disrupts the otherwise good intention behind the work Government is doing in the interest of all the people of St. Maarten.”

On Wednesday last week Minister Geerlings issued a statement indicating that in the interest of offering some relief to residents and business owners with outstanding taxes, the option is now available for them to visit the Receiver’s Office in Philipsburg to make a payment plan.

The Finance Minister issued some guidelines, which stipulates that the term of a payment arrangement or an extension of payment be limited to between four (4) and 18 months.