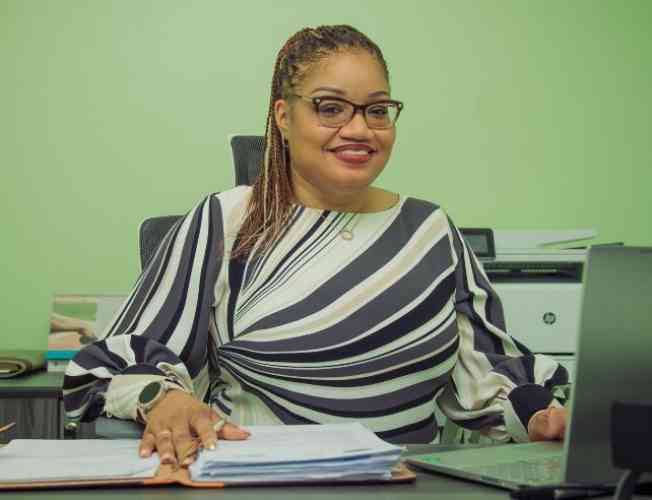 Though some of these issues are a direct result of our responsibilities since becoming an autonomous country, they need to be dealt with without delay so that PSS can rediscover its potential.

She noted that it is no secret that postal services around the world are experiencing a serious decline in their core business since the dawn of the internet. Undoubtedly, advanced technologies and the presence of highly competitive package delivery businesses underscores and intensifies these challenges even more. Gumbs is, therefore, already exploring other viable options such as e-Commerce, which, in her opinion, will provide many opportunities for financial growth for the post office.

In the coming months, the focus will be placed on our internal matters, which includes

reevaluating our operations and rebranding our image to serve our country better.

We will be rolling out new services and enhancing the services that we are already providing.

These initiatives, however, cannot be accomplished without the involvement of the government, board, management, and staff, of course. Despite the odds, PSS has been fortunate to retain quite a few experienced and longstanding employees of the post office during a very difficult time for the organization.

I am confident that these individuals and newcomers can play an important role in the realization of new and promising initiatives.

Gumbs also amplified that stakeholder involvement and public-private partnerships are equally important for the future of PSS. Immediately identified is the issue of returned mail. Every month, PSS is faced with an enormous amount of returned mail. This issue is a concern for us, and it also concludes that since hurricanes Irma and Maria, we are more challenged than ever before in delivering mail to citizens.

Many persons are still displaced or for unknown reasons, have not updated their information at the Civil Registry offices. Management therefore, intends to meet with representatives of government and other agencies to discuss how we can tackle this and

other matters seriously and structurally.

In closing, Gumbs reiterated that postal services globally have a legal obligation and an

important role to play in their respective countries. As such, we cannot become complacent

because of technology and other threats.

“PSS must look at the opportunities in the challenges that exist and capitalize on these if we want to chart a new direction, regain our presence and financial viability.”

From the year 2016 till 2018 the NAPB was a full fledge member of the GOA now called CCSU. Because of the wickedness of the policy adviser, strict measures were brought, in to the qualification for each Unions, in order to be represented in the CCSU, knowing that the NAPB, would have problem in order to get the necessary quantity members needed in order to allow membership into the CCSU. There is where the 10 % came in.

The mother Union NAPB just finish celebrate their 50 years of existence in Curacao. The NAPB Sint Maarten was invited as the only recognized union after the dismantle of the Netherlands Antilles, that maintain the name NAPB from the former Antilles. During the celebration of 50 years the NAPB Sint Maarten was also acknowledge as the first NAPB, that had ever a female as preside in the name of Miss Peterson.  That whole celebration was also known here in Sint Maarten media’s.  While in Curacao for that celebration, we had the opportunity to have a meeting with the GOA Curacao.  A detail explanation was given during this 2-hour meeting to the Unions of different countries what and how the Government of that country is handled their issues. With a country as Curacao, whereby the workflow with so many Unions, representing the workers, the Government only requested 5 % of workers of each Unions, to eligible to be part of the GOA.

So instead that the Prime Minister decided to go live and said things that are not accurate, the NAPB suggest she asked first to assume things that are not true. It is true that NAPB, do not have no representation in the CCSU, but this is all base on unfairness and wickedness.

In closing the NAPB is of the opinion that, if they representing 1civil servant, as their member they have the right to be in the CCSU, because that member deserves a decent representation.  Instead that the Honorable Minister President,  have a sat down with the NAPB, in order to fix the problem that she knew about it since June 2019,  we would not have this now.

The problem is, people are being hated when the are real, and are being loved when they are fake.