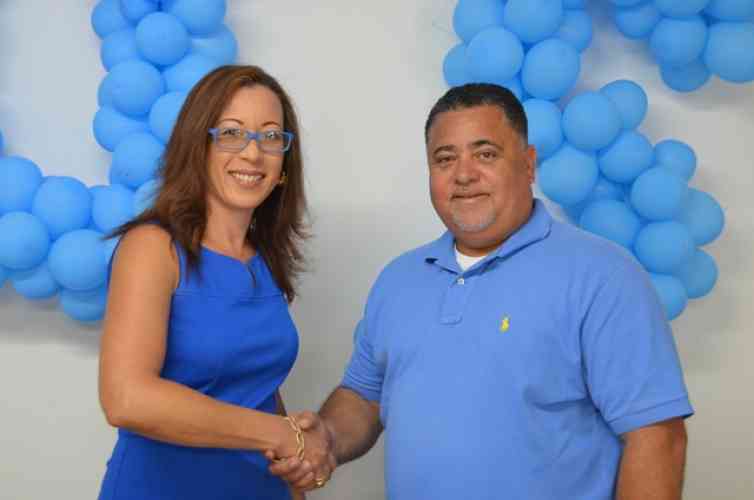 PHILIPSBURG, St. Maarten — The news of the arrest, yet again, of United St. Maarten Party (USP) leader and Member of Parliament Frans Richardson today, Monday, has been swiftly followed by speculations about who is next should he be suspended from Parliament as was the case of MP Theo Heyliger in March.

Next on the USP list is former minister and MP Maria Buncamper-Molanus. She earned 240 votes in the 2018 elections, falling 38 votes short of taking the second seat claimed by USP in that election. The second seat went to current MP Roland Brison; the first to Richardson.

What is interesting is whether Buncamper-Molanus will take up the MP seat should that become a possibility. She is expected to depart from the USP Parliament faction office where she has been working since 2017 to take up a place in the Cabinet of newly appointed VROMI Minister Chris Wever. This is considered to be an odd political posting. Wever is not connected to USP and was not appointed by that opposition party. That being said, the right to propose the VROMI minister within the governing coalition was given to MP Chanel Brownbill who was connected to USP before joining the United Democrats in 2017.

Buncamper-Molanus in Parliament only becomes an option if Richardson is charged with the suspicion of crimes as outlined in the Constitution in Article 50. This was the situation with Heyliger. Supposing he is suspended, Buncamper-Molanus, who was St. Maarten’s first Minister of Public Health, Social Development and Labour in 2010, will have a hefty decision to make – move on to the Minister’s Cabinet or to be a representative of the people.

The next presumptive MP has had a lengthy legal battle of her own spanning some eight year. She and her husband, high-ranking civil servant at the VROMI Ministry Claudius Buncamper were eventually convicted in 2018 of filing falsified tax returns but were acquitted of fraud with authentic deeds, the Court of Appeals. For their crime, the couple were sentenced to payment of NAf. 25,000 fines, or 120 days in case of non-compliance. They will also both have to do 240 hours of community service.

Next in line for Richardson’s seat after Buncamper-Molanus, according to the number of votes received in the last election, are civil servant Valya Lake-Pantophlet, E. Flanders and Lyndon Lewis.

Richardson was arrested by the Anti-Corruption Task Force TBO on the suspicion of accepting bribes, (co-)committing official coercion and abusing his position. He was arrested in 2016 just weeks before election day on suspicion of similar charges in connection with another investigation.

Following news of Richardson’s arrest going public, The Board of the United St. Maarten Party (USP) issued a statement saying “at this point will hold any comments until it has details about the detention of its party leader MP Frans Richardson and until the matter is discussed with his legal team. At present our thoughts and prayers are with our leader’s family.”

1. A Member of Parliament who is sentenced, in a final decision of a court ordering:

a. a custodial sentence of at least one year for committing a criminal offence regarding

b. a custodial sentence for committing a criminal offence as described in Articles 183, 184,

c. a custodial sentence for committing a criminal offence in connection with Article 46 of the

appointed as a minister during the current Parliamentary term.

2. A Member of Parliament is suspended by law:

a. if he is being detained pending trial in connection with a criminal offence as referred to in paragraph 1(a), 1(b) and 1(c);

b. if he is given a custodial sentence by a court for committing a criminal offence as referred to in paragraph 1(a), 1(b) and 1(c).

3. A person who loses membership of Parliament as referred to in paragraph 1, shall be

replaced. A Member of Parliament who is suspended as referred to in paragraph 2, shall be

replaced by a deputy. During the suspension, the Member of Parliament shall enjoy his

remuneration. The person who deputises for a Member of Parliament who has been

shall step down at the same time as the other Members of Parliament.