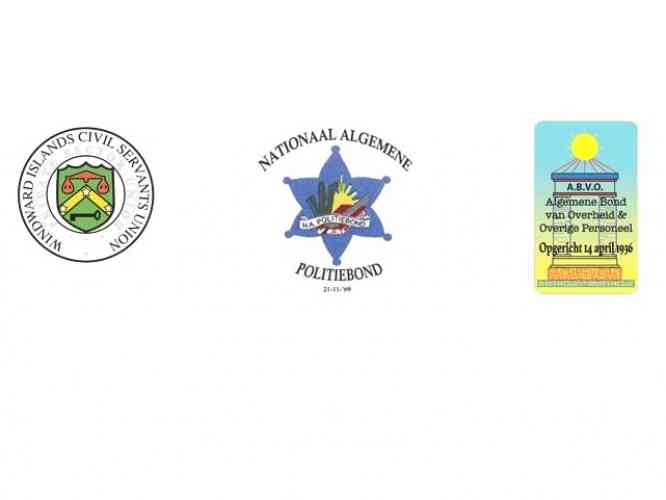 (N.AP.B./W.I.S.C.U./P.S.U and A.B.V.O.) would like to clarify what was agreed upon, in regards to the UTS sales, being used to cover a partial amount of the pay owed to the justice workers.

The Unions had stay quiet for a while. This was in order to give the Government of Sint Maarten, time to work, what by now should be in the final stages of their members. Which is placing into the new organization KPSM and adjust their salary scale. Signing of the function book and Rechtspositie that were dealt with according to rules and regulations thru the CCSU.

Coming back to the article in the Dailey Herald, the Honorable Minister of Finance Ardwell Irion, explain that “to be able to pay the Justice workers the remainder in the back pay owed, the Function Book and the rest of the laws need to be in order”.

In actuality what previously signed and agreed upon in the National Decree, back in December 31th 2019, was the amount of four (4 million) guilders, of the back pay, would be allotted to the workers of the KPSM, from the UTS sale, until the official amount was tallied.

MP Ardwell Iron mention in a parliament meeting that outstanding balance can be taken out of the Government’s general coffers, because there are sufficient funds available to deal with the above mention funds owed.

Based on this an amending law was drafted and signed by the Honorable Minister of Justice Egbert Doran and the respective parties. This means that the outstanding balance can be paid out to the Justice workers.

When Government received the remaining funds from the UTS sale, the above mentioned amount will be replaced back into the Government’s general coffers.

The KPSM workers had only received half of the above mention which is not the actual calculation, based on their rightful positions, so therefore the funds and the Function Book are still wait on what due to the workers, as agreed upon, according to the drafted amending law.

The Unions had requested a meeting with the Ministry of Justice in order to receive some feedback about the placement of the personal in the new organization. They are still waiting response from the Ministry. The Unions applaud the willingness of Mr. Ardwell Iron to assist and comply to the amended drafted law.