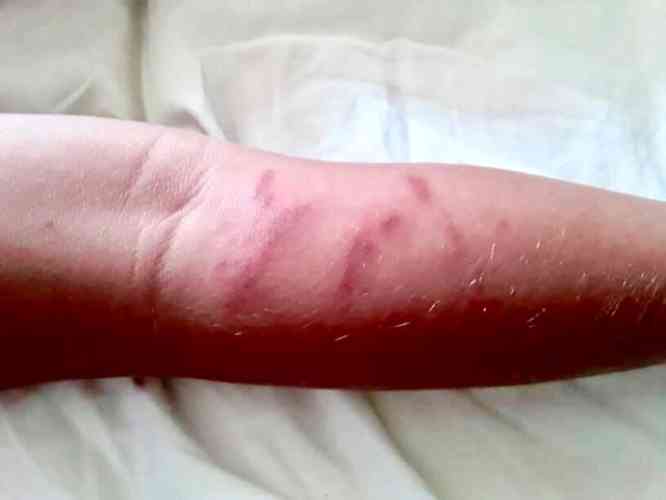 ~ Gives Tips on First Aid and Prevention for Jellyfish Stings ~

PHILIPSBURG, Sint Maarten — The Sint Maarten Nature Foundation has taken note of reports that two individuals were stung by sea wasps or box-jellyfish over the last few days. Usually this time of year there may be a natural increase of the species in local waters. “The box jellyfish, Cubazoa, is a species that can be fairly common this time of year. Unfortunately two individuals were stung over the past few days and there was a need to receive medical treatment. Fortunately the victims are doing well and are recovering. Box jellyfish can have potent venom but the really dangerous species are not found in the Caribbean Sea. But we do get species that can cause pain and discomfort and can be especially dangerous for those allergic to the venom. We therefore have some suggestions to the public on precautions they should take,’ commented Nature Foundation Manager Tadzio Bervoets.

Most jellyfish stings are painful, but not dangerous. But for people with jellyfish allergies, individuals with compromised immune systems, the very old, or the very young, a sting can be dangerous.

Any signs of shock or an allergic reaction warrant prompt emergency care. Warning signs include:

Anyone experiencing these symptoms should seek emergency medical treatment immediately. People with other allergies, particularly to insect stings, may be more vulnerable to an allergic reaction to jellyfish.

Jellyfish stings that are accompanied by symptoms such as nausea, breathing problems, or loss of consciousness, will require immediate medical attention.

Immediate medical attention should also be sought if:

The following steps should be followed, as quickly as possible, following the sting:

If vinegar and hot water are unavailable, carefully remove the tentacles.

After being stung by a jellyfish, stay out of the water for the rest of the day, as salt water may make the pain worse. More importantly, there are likely other jellyfish in the area.

When a jellyfish tentacle punctures the skin and draws blood, the wound can become infected. People who are not up-to-date on their vaccinations may also need a tetanus shot. It is important to see a doctor within a few hours if there is an open wound.

Some jellyfish stings cause pain and itching for a few days. Some home remedies can help. These include:

If the area becomes very painful, starts swelling, or there are streaks coming out of the wound, there could be an infection. In this case, a person should see a doctor within 24 hours.

A popular myth is that urinating on a jellyfish sting can neutralize the venom. In fact, urine can make the pain worse. In some cases, urine may even make the venom more potent.

Other folk remedies, such as lemon juice and shaving cream, are also ineffective.

The easiest way to avoid jellyfish stings is to stay out of ocean water. Wearing a wetsuit can protect against jellyfish stings. Foot-scuffing in shallow water may scare off jellyfish and some other stinging sea creatures.