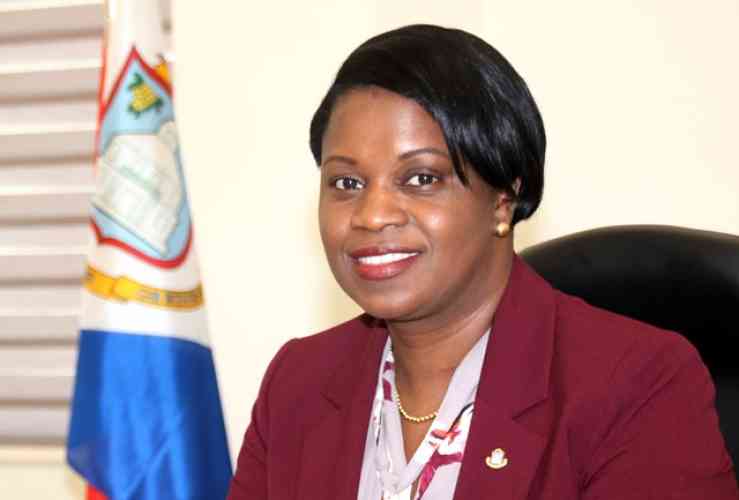 PHILIPSBURG – On April 4th the Prime Minister of Sint Maarten with the approval of the Council of Ministers filed an official complaint with the “Landsrecherche”.  The Prime Minister has requested a full investigation on the leakage of information that became public on April 2nd 2019. “This type of behavior is unethical, criminal and can cause irreparable damage to the rehabilitation of the main terminal at Princess Juliana International Airport (PJIA) and the overall economy of our country, and will not be tolerated by the Government of Sint Maarten. All corners will be turned to ensure that the perpetrator is revealed and prosecuted”, stated the Prime Minister Romeo Marlin.

Prime Minister Romeo Marlin also stated, “Too much hindrance and obstruction over the past year has caused the airport and our economy to suffer and to lose precious time. In addition, negotiations for the financing of the Airport continues amongst stakeholders.”

Last week, a delegation of the Government of Sint Maarten and Princess Juliana International Airport met with representatives of the holders of the Airport’s Fixed Rate Senior Secured Notes. The purpose of this meeting was to reinstate the much needed level of confidence and trust with all the bondholders. The other purpose of this meeting was to discuss, among other things, the plan of the Airport and the Government of Sint Maarten for financing the full reconstruction and rehabilitation of the airport with the support of the World Bank, the European Investment Bank and the Government of the Netherlands.

Important steps were taken towards a common and mutually acceptable approach among all of the stakeholders to bring the Airport back to its full operation and including improvements. Earlier this year, the Council of Ministers unanimously agreed to approve the proposal for financial assistance to the airport by the World Bank and the European Investment Bank. Under this proposal, 50 million US dollars will be provided as a grant from the World Bank Trust Fund to the Government of Sint Maarten, which will be loaned to the airport under favorable conditions.

An additional 50 million US dollars will be become available as a loan from the European Investment Bank through the Government of Sint Maarten. This proposal, including its terms, was presented by the Prime Minister Romeo Marlin to the Parliament of Sint Maarten on January 21st and again on February 22nd, 2019.

Shortly thereafter, the Government successfully negotiated a bridge loan of 15 million US Dollars with the Government of the Netherlands in order to secure that the airport will continue to meet its operational expenses, including the salaries of its employees. During its meeting on Thursday April 4th, the Council of Ministers reiterated that this proposal remains the only viable plan to finance the reconstruction and full rehabilitation of the airport.

The Council of Ministers took note that both the Holding Company (PJIAH) and the Operating Company of the Airport (PJIAE) have also formally endorsed this proposal, and that all stakeholders are fully committed to ensure the full reconstruction of the airport with the assistance of the World Bank, the European

Investment Bank and the Government of the Netherlands.

Looking forward, the Council of Ministers has emphasized the importance of full confidentiality in the discussions with the representatives of the bondholders of the Airport. In order to agree on a common and mutually acceptable approach to finance the full reconstruction of the airport, this confidentiality should be respected at all times.