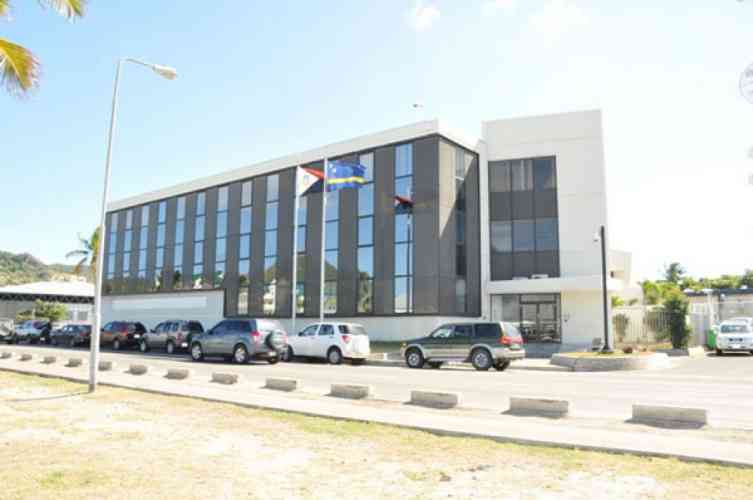 “A review by sector shows that the manufacturing, construction, wholesale and retail trade, and transport, storage, and communication sectors contributed primarily to 2019’s third-quarter economic contraction in Curaçao. Real output dropped in the manufacturing sector due mainly to lower production activities at the Isla refinery stemming primarily from a lack of crude oil,” Dr. Jardim explained.

“The construction sector posted negative results due to the completion of several major projects in the tourism sector and a drop in maintenance work at the Isla refinery. Meanwhile, real value added shrank in the wholesale and retail trade sector on the back of the drop in domestic demand, moderated by an increase in tourism spending and more re-exports by the free-zone companies,” he continued.

“The poor performance of the transport, storage, and communication sector was caused by a decline in both airport-related and harbor activities. Real value added also contracted in the utilities sector as reflected by a decrease in water production moderated by an increase in electricity production.

“By contrast, activities in the restaurants and hotels and financial intermediation sectors developed positively in the third quarter of 2019. Real value added expanded in the restaurants and hotels sector, although at a slower pace than in 2018, reflecting weakened growth in stay-over tourism combined with a decline in cruise tourism. The financial intermediation sector performed well, reflected by an increase in net interest income and fees and other income of the local domestic banks,” Dr. Jardim explained regarding Curaçao’s economic performance in the third quarter of 2019.

As for Sint Maarten’s economic performance in the third quarter of 2019, Dr. Jardim stated “that real output growth in the manufacturing sector was sustained by increased yacht repair and services activities. Growth in the restaurants and hotels sector was driven by a sharp increase in stay-over tourism, moderated by a decline in cruise tourism.

The growth in stay-over tourism was supported by increased hotel room inventory and the partial restoration of the Princess Juliana International Airport. The disappointing performance of cruise tourism was in line with the decline in the number of cruise ships that visited Philipsburg.

In the wholesale and retail trade sector, real value added went up supported by the increase in domestic demand and more tourism spending. Meanwhile, the gain in the real estate, renting, and business activities sector, particularly the timeshare industry, was in line with the sharp increase in stay-over tourism, notably from North America.” He added that the utilities and financial intermediation sectors also contributed positively to real GDP growth during the third quarter of 2019.

“The expansion in the utilities sector was driven by a sharp increase in the production of both water and electricity. Meanwhile, real value-added growth in the financial intermediation sector was consistent with the increase in net interest income and fees and other income of the local commercial banks,” Dr. Jardim pointed out.

He explained further that growth in the construction sector remained flat as the increase in new construction projects was offset by the winding down of repair and reconstruction activities following the hurricanes in 2017.

“The transport, storage, and communication sector, however, recorded a contraction due to a decline in harbor activities as reflected by a drop in the number of ships piloted into the harbor, notably freighters and cruise ships, and a decline in container movements. By contrast, airport-related activities rose as reflected by an increase in passenger traffic in line with the rise in stay-over arrivals,” Dr. Jardim concluded.

The complete text of the Report of the President and the Bank’s third Quarterly Bulletin of 2019 can be viewed on the Bank’s: https://www.centralbank.cw/publications/annual-reports-quarterlybulletins/2019