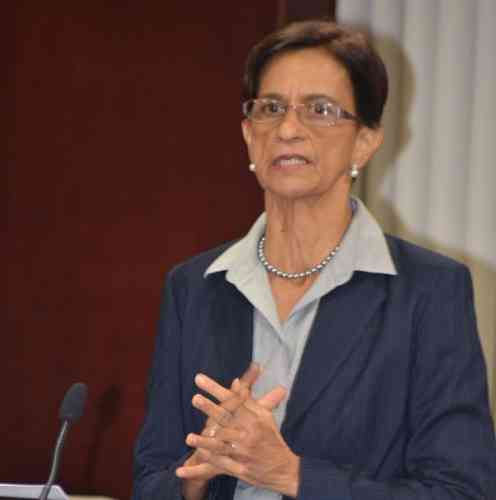 SINT MAARTEN (PHILIPSBURG) – President of Parliament Member of Parliament (MP) Sarah Wescot-Williams issued a press release on Sunday evening recapping the meeting of the House of Parliament of Friday, June 7. “The draft budget for the country St. Maarten was received on November 15, 2018.  This draft was subsequently retracted by the government on March 4, 2019 and a new draft budget was presented.

“As is required before we take any draft ordinance to a public meeting, central committee meetings need to be held. This was done for the draft budget on March 19th, 20th, 21st, 22nd and 25th.  In the Central committee meetings, many questions were posed, and answers were given, which answers were also provided by the government in writing in its Report to Parliament.

“The written questions and answers encompass a total of 106 pages, and these were received on May 13th.  The public meeting on the budget started on May 14th with the Minister of Finance, who after a brief presentation, asked for time to be given for him to present an amendment to the budget.

“These amendments or the so-called amended budget were received on May 28th. The amendments can be grouped together in six major parts according to ministries. The major items in these amendments are under the Minister of Justice, namely the support for the police department on St. Maarten, as well as the cost involved with keeping detainees longer in the Netherlands for the year 2019.

“These two items come up to a total of 6.6 million guilders. We also have as an amendment, the management cost of the garbage dump; we have the APS pension premium payment which needed to be increased again because of the delay in the implementation of the changes to the pension system.

“The government also projects some savings, amongst which a cut in the legal and other expert advice; a contribution from the SZV, due to incomplete information supplied. There is also calculated a reduction in the salaries of the members of parliament and these extra costs as well as the savings bring the budget total to 483.833.964 guilders.

“That is the new amount of the budget for its expenditures as presented to the Parliament in the amended budget.  The capital account of government was also reduced to an amount of 93.542.513 guilders, and it should be noted that the loan ceiling for government however is at 40 million guilders.

“In addition to that, the budget amendment includes the authorization to the Minister of Finance to execute what needs to be done as far as the loan for the Princess Juliana iInternational Airport is concerned. So, while indeed the amended budget is over 300 pages, so was the budget itself, which was received on March 4th and as mentioned, was debated in several Central committee meetings. It is not an “almost entirely new” budget!

“To suggest therefore, as was done by the three members of parliament who submitted a letter for postponement, that MPs did not have enough time to peruse, study or comment on the budget, is not factual. If Parliament wants to redesign the budget with total disregard for our financial limitations, for agreements, for laws, for conditions etc. then, yes, not even the three weeks’ postponement requested will be enough.

“Amendments by members of parliament could have been submitted on the draft budget since the budget was put in schedule for the public debate. For example, if we look in the initial elucidation of the budget that we received from the government, it is mentioned that when the police function book is completed, a budget amendment will be drafted. Now that the police function book is completed, then this budget amendment in my opinion would have to follow.

“In addition to that, because of the adjustments to the pension system, the budget amount had been reduced to reflect an implementation as of August 2019. Even this is no longer realistic, so this savings in premiums need to be even further reduced.

Amendments will have to continue to come because managing our finances as a country is dependent on so many factors.

“MPs might want to amend the budget and that is their full right, but the question is how much room do we actually have for any of this?  Unless we want to throw everything in a tailspin and let the chips fall where they may.  That would be irresponsible!

We can’t increase the expenditures budget randomly without increasing the revenue accounts. There is no shortage of ideas for new revenues, but how realistic are they at this time? For example, we have had many persons speak often about the so-called “sin taxes”, taxes on alcohol and tobacco but these same revenues would require legislation before they can be put in the budget.

“To come with pie in the sky type of ideas is not going to cut it as far as the 2019 budget is concerned.  Rather than kicking the proverbial can down the road, we should be having a hard discussion on the situation we are in right now financially speaking, with a total reliance on Dutch assistance even though via loans, for our liquidity deficit. For many, including myself this is a hard pill to swallow, but rather than play around it, let’s face it for what it is.

“If we don’t want Dutch liquidity assistance, then what?  Subsidized school boards for example are already facing hardships, the outstanding compensation for the police requiring another budget amendment; SZV to pay government because the 10% deductible from civil servants was not done, just to mention a few things that impact or will impact the budget and our liquidity. The budget is late anyhow, some have argued and late it is, but why should we as a responsible Parliament further exacerbate this, when legally next!  year’s budget is due in September.

“No one mentions the authorization in the budget amendment as presented by the government to make the loan agreement to PJIA possible. Are we saying that too can or must wait? Sale of our UTS shares is no longer a priority either, it seems. Is this a deadline too we are willing to play brinkmanship with?  Is it just a coincidence that the letter for postponing the handling of the budget comes from three of the members of parliament who are scheduled to travel this weekend for Par Latino committee meetings?

“Will these and other members of parliament be willing to forgo IPKO meetings in the Hague the week thereafter, and deal with the budget of the country? Yes, this is the government’s proposal for a budget for the country and yes the government must understand we are the parliament; we are elected, the ministers are appointed and yes we can amend and change the budget or any other law for that matter but guess what?

Our political system is such that if Parliament and government can’t work together, each within their own sphere, nothing will get done. Let’s think about that while we study the 300+ pages draft budget 2019, In parliament since March 4, 2019,” MP Sarah Wescot-Williams pointed out in her Sunday evening press statement. 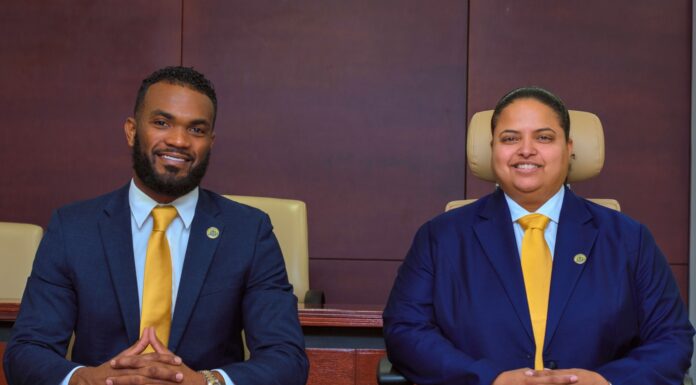 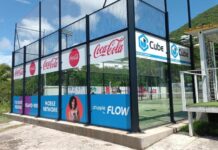 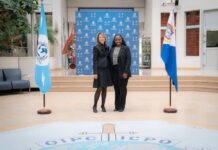