Home Local News Tropical Storms/Hurricane forming between December and May are Not Uncommon | SOUALIGA... 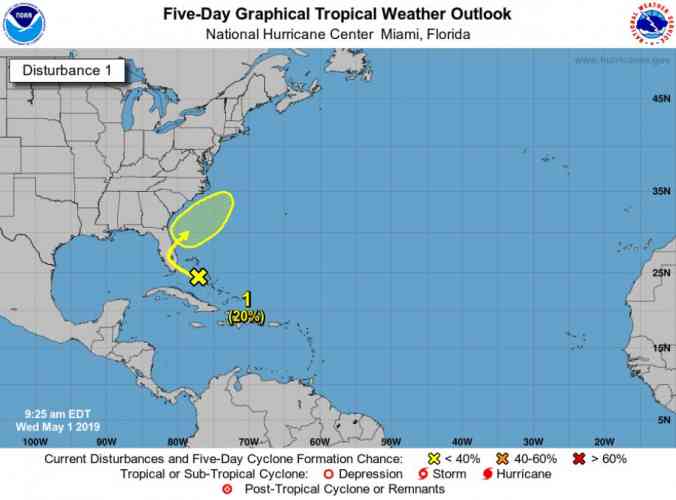 SINT MAARTEN/CARIBBEAN – According to the U.S. National Oceanic and Atmospheric Administration (NOAA), tropical storm or hurricane formation during the winter and spring months are not uncommon as nature does not always pay attention to the calendar.

“The Atlantic hurricane season runs from June 1 through November 30 but there is nothing magical about these dates, tropical cyclones can appear almost anytime.

“Two years ago, this month the nation was in the middle of spring, but NOAA’s National Hurricane Center was issuing advisories on Tropical Storm Arlene, the first named storm for that year. This was a rare occurrence and only the second tropical storm on record in the month of April, joining Ana which formed in 2003. But Ana and Arlene weren’t the earliest storms in recent memory. In 2016 Hurricane Alex became the first hurricane to appear in the Atlantic basin in January since 1938.

“When the U.S. Weather Bureau, the predecessor to the National Weather Service, organized its new hurricane warning network in 1935, a special telegraph line to connect the various hurricane centers was scheduled to operate for five months from June 15 through November 15. This period was the official season until 1965 when it was expanded to six months beginning June 1 and running to the end of November. Historically these dates encompass about 97% of the tropical activity in the Atlantic basin.

“But what about the remaining three percent? Tropical storms have formed in every month outside of hurricane season, and there have been a few hurricanes too. May is the most active month outside the official season, with seven named storms occurring during the past 10 years, including two in 2012 – Alberto and Beryl. And while it’s unusual, all it takes is the right combination of atmospheric conditions and warmer ocean waters for a tropical cyclone to form, regardless of the date.

“Coastal locations and the high seas are never completely off the hook when it comes to tropical cyclones. If the potential develops for a tropical depression or tropical storm to form between December and May, the National Hurricane Center will begin issuing Special Tropical Weather Outlooks to notify everyone of that possibility. So, the bottom-line is don’t get lulled into a sense of complacency based on the calendar. Stay informed, have your hurricane plan in place and be ready to take action when necessary.”

The tracks of tropical storms and hurricanes over the Atlantic basin during the offseason months of December to May 1851-2017. (NOAA)