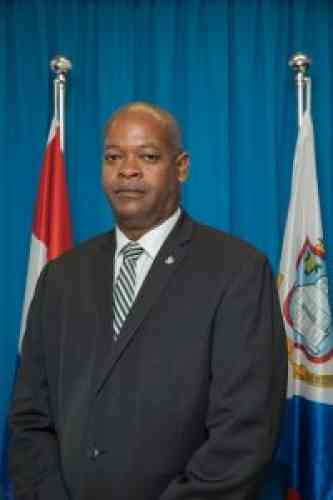 PHILIPSBURG – The Central Committee dealt on Monday afternoon with the situation of the workers at St. Maarten Cable TV. While Cable TV employees were present in the tribune, the debate was more about TelEm’s acquisition of the company than about the fate of the 28 employees. Minister of Telecommunication Cornelius de Weever will answer questions MPs posed on Monday during a meeting that will be planned for next week.

It appears that of the 28 employees on the Cable TV payroll, ten have accepted a severance package; the others are at home.

Several MPs asked how much TelEm paid for the acquisition of Cable TV. Only UP-MP Theo Heyliger came up with a number: “Apparently more than $5 million.”

DP-MP Perry Geerlings asked whether the acquisition was done according to the rules and whether the shareholder and the BTP (Bureau Telecommunication and Post – the supervisor of the telecom sector) had been involved.

Geerlings also asked why it was necessary for TelEm to acquire the company and whether the TelEm board had approved the decision.

Geerlings furthermore questioned the qualifications of – without mentioning his name – TelEm CEO Kendall Dupersoy. “We have appointed people in position where they do not belong,” Geerlings said. “We should review all the appointments that have been made recently. If we want to rebuild this country, we have to clean up this mess.”

UP-MP Tamara Leonard noted that Cable TV had been operating for the past two years ‘at a loss of 2 million.” She also asked about the relationship between the (previous) owners of Cable TV and TelEm’s CEO Kendall Dupersoy, CFO Helma Etnel and the company’s COO. According to TelEm’s website, there is no COO (Chief Operations Officer); there is a CTO (Chief Technical Officer; Eldert Louisa) and a CCO (Chief Commercial Officer; Brian Mingo).

UP-MP Theo Heyliger asked which TelEm company bought Cable TV and whether bother companies are profitable. “Did the TelEm board unanimously approve the acquisition?”

UP-MP Claret Connor wanted to know whether the deal was an acquisition or a merger and what the assets of Cable TV are.

Minister de Weever explained at the end of the deliberations that the TelEm board could not be present in the meeting (as requested) because they were at a Canto-meeting in Trinidad and Tobago. Canto is an organization that aims to be “the leading authority in shaping information, communication and technology in the Caribbean Region and the Americas.”