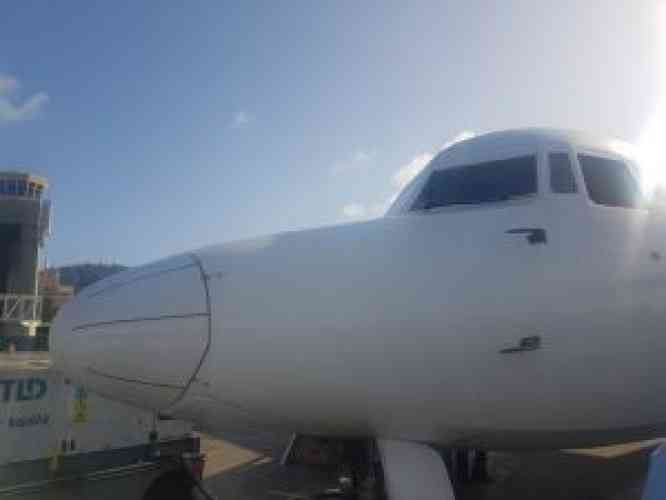 Willemstad — BES Reporter reports on their website that flights by Curaçao-based carrier Insel Air no longer seem a given, now that the company is increasingly plagued by operational issues, a lack of planes and a lack of spare parts to keep their 3 operational planes in the air.

Over the last few days Insel has had great trouble to keep up some sort of a regular schedule. Various flights during the past day were actually executed by Haitian carrier Sunrise Airways, because of lack of operational capacity at Insel Air.

According to yet unconfirmed rumors, even the last operational Fokker-50 airplane would be held on the ground starting this afternoon. An Insel Air employee confirmed to the BES-Reporter that the airline does not have enough cash to buy needed spare parts to keep the planes of the company flying.

This evening, a number of Insel flights between Curaçao, Bonaire and Aruba will be executed by Sunrise Airways, but starting tomorrow there would not even be a single Insel flight leaving Hato airport. It is still unclear if in the days thereafter Insel will be able to start back with their flight operations.

Other rumors indicate that even the Air Operator Certificate (AOC) of the airline would be in play, after negative results for inspections carried out by the Dutch ministry of Living Environment and Transportation (ILT).

A complete stop of operations by Insel Air would have hugely negative effects on the already shaky economy of Curaçao, but would also represent big challenges for travelers to and from Bonaire. Insel Air represents more than 80% of all seats available between Curaçao and Bonaire.

Teachers demand answers on their vacation allowance | THE DAILY HERALD