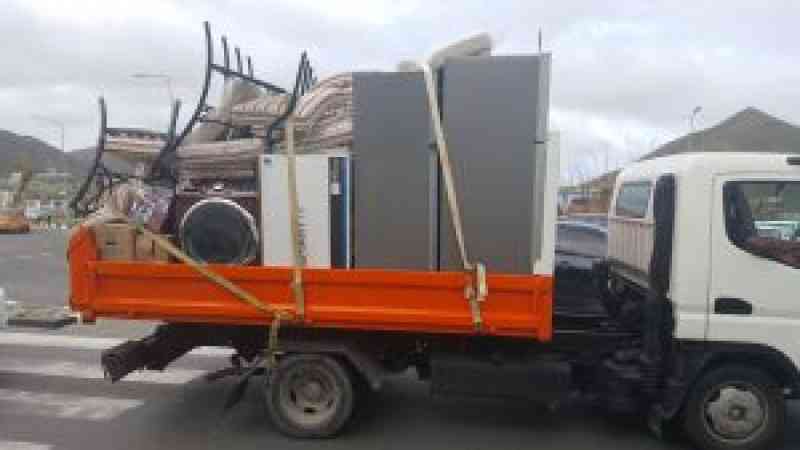 PHILIPSBURG – The Court in First Instance handled several looting-trials on Wednesday. The heaviest sentence was for a man who had made his truck available to transport stolen goods for a neighbor. The court sentenced the man to 4 months of imprisonment and confiscated his truck.

The defendant, 54-year old Balisario Garcia, told the court that his neighbor Radamel had asked him to use his truck to pick up some items. Because the truck was new, Garcia said that he would drive it himself, with dire consequences.

The public prosecutor accused Garcia and four other defendants of having goods at their disposal that were obtained through theft between September 6 – the day hurricane Irma hit St. Maarten and September 29, 2017, the day when police raided apartments at the Peterson Plaza and arrested Garcia together with Jeffrey Anderson Peterson (52), his wife fanny Licette Pena Salazar Peterson as well as the couple’s two children, aged 21 and 18 respectively.

Garcia received from his neighbor, who in the meantime has disappeared from the island, three cell phones, a laser printer and a microwave oven for his troubles. At the Peterson’s, police found a washing machine, a dryer and a fridge.

“The prosecutor’s office finds no difference between the truck that was used to transport these goods and a go-fast transporting drugs,’ the public prosecutor said to explain why he demanded that the court should seize Garcia’s truck. He also held it against Garcia that, as a businessman, he had taken part in the looting of a another business where the total looting damages are estimated to be around $100,000.

Garcia’s attorney Jason Rogers pointed out that, as the prosecutor had also indicated, that not everything has been investigated in this case. “The prosecutor is telling a story as if he was there when this happened. My client did his neighbor a favor and the prosecutor goes by assumptions. And assumptions are the mother of all mistakes.”

Rogers said that the goods Garcia had picked up goods that had been abandoned on the street. “My client has a construction company with thirty employees. He has been on the island for many years.” The attorney quoted his client’s health issues – high blood pressure and heart problems – as arguments against sending him to jail.

The attorney for the Peterson’s, Remco Stomp, said that the case had been handled carelessly. “The prosecutor’s office says that the investigation is not complete but that it nevertheless has to do something.” Stomp asked the court to acquit his clients.

That did not happen. The judge found Garcia guilty of theft, using his truck. “This is a nuisance, also for the people on our island who did not take part in the looting,’ he said. “This justifies high punishments.”

The court sentenced the Peterson’s for fencing, but considered the prosecutor’s demand insufficient. The judge imposed a 6-week unconditional prison sentence.

The court furthermore ruled that the children knew about the stolen goods in the house, but that they lived in a dependent position with their parents. “They did therefore not have the stolen goods at their disposal and they are both acquitted.”

In another Hurricane Irma related case, 32-year old tour bus driver Nicasio Richardson was found guilty of firearm possession,. He had bought a Glock for $400 after the hurricane for his personal protection. But he was caught on October 6 when he violated the curfew.

“I think he has learned his lesson,” the public prosecutor said. “I accept that he must have been frightened after the hurricane; on the other hand, he carried the weapon with him and it was ready for use. He demanded 9 months of imprisonment, with 3 months suspended. But after a plea by attorney Safira Ibrahim, explaining her clients personal circumstances the prosecutor changed his demand to 180 days, with 84 days suspended. The remaining 96 days Richardson already spent behind bars. The court followed the prosecutor’s demand.

Benedict Anthony Junior Henry, 23, was sentenced to 72 days with 48 days conditional for buying stolen goods or having items others had looted in his possession. The court also executed a conditional prison sentence of 2 weeks, but converted this into 28 hours of community service.

Henry Starling George de Jesus was sentenced to 40 hours of community service for buying a stolen scooter on the streets. “I didn’t think that buying something like this on the road was a crime, the 35-year old boat captain told the court.

After hearing the prosecutor’s demand, he noted: “I have to accept the punishment,. I am not against the law.”

Lucius Leopold Gumbs, 42, also came away with 40 hours of community service. He was found in the possession of seven expensive bottles of alcohol, that he claims to have found on the beach at Indigo Bay.

“There is no complaint about theft,” his attorney Geert Hatzmann said. He found the bottles near a deserted bar. As a beachcomber he grabbed the opportunity but that is not a crime.”

The court had a slightly different opinion and sentenced Gumbs for fencing.