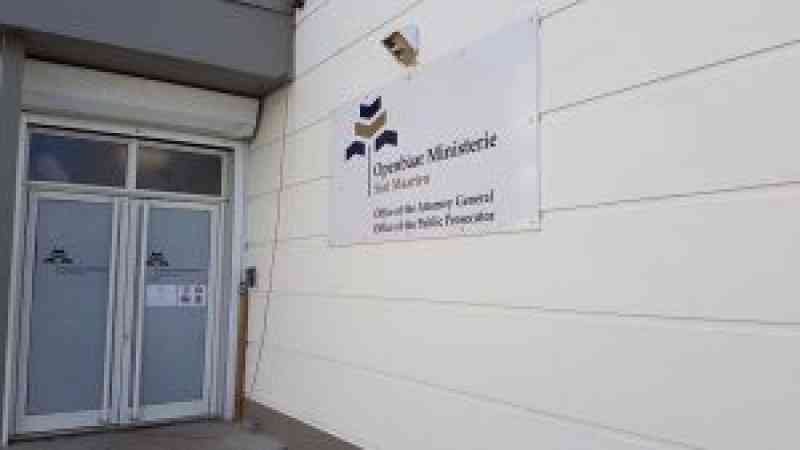 PHILIPSBURG — In a statement issued today, the Public Prosecutor’s Office confirmed that MP Frans Richardson, identified as suspect F.G.R. (1968), has been released. The statement quickly points out that he remains a suspect in the “Squid” and “Emerald” investigations.

F.G.R., was arrested on St. Maarten on Wednesday, February 14th, 2018, by the National Detectives of St. Maarten, as a suspect in 2 investigations.

In both investigations, the home of F.G.R. was searched on Wednesday, February 14th, 2018. F.G.R., who is a member of Parliament has not made a statement about any of these allegations.

In a subsequent statement issued by Sjamira Roseburg of the lawfirm Sulvaran & Peterson, attorney for Frans Richarson, it is pointed out that the detention of people is considered as an ultimum remedium (last resort) and that it must be strictly necessary. Knowing that the situation in the Point Blanche prison is far from optimal and that other means are available, the detention of MP Frans Richardson was not necessary in the viewpoint of the defense. There were other means other than the imprisonment of Mr. Richardson, according to the statement.

“In short, the reason for this is that the investigation has been running since 2016 and the co-suspects are already free. There was never any need for the Public Prosecutor to hold on to my client. Not in 2016 and not in 2017. Suddenly 12 days before the election this was necessary?!” attorney Roseburg queries in her statement.

“The Public Prosecutor has decided to release Mr. Richardson today, because they also know that if they wish to retain Mr. Richardson for a longer period, they must first have an order of persecution from the Court of Appeal under Article 2 of the National Ordinance on Persecution of Political Authorities. The Appeal Court will first look at the case and then decide whether there is any need to give this order.” the statement continues.

“The public prosecutor already saw that it would never get that far and decided to release my client today. However, the same prosecutor also stated last Friday that he did not had the intention to keep Mr. Richardson for further custody after the 8 days that has been given to him. The defense then must ask itself why was there any reason and necessity to keep my client in detention for those few days? This seems, according to my client, to purely influence of the upcoming elections  that is only three days away.” Roseburg points out.

“Frans Richardson is a member of parliament and a party leader. This situation has brought a lot of negative publicity for the island of SXM. While this was never necessary. Mr. Richardson could also be called upon, as is done more often. If the authorities needed my client, he would have volunteered for possible interrogations, while retaining his rights.”

“Holding a representative of the people in an investigation that has been running for more than 1 year, should not be taken lightly. A detention will always have negative shadow effects. Detention should only follow if it is strictly necessary, as an ultimum remedium (last resort). The European Court of Human Rights has already spoken about this on several occasions.”

“The Public Prosecutior will not be able to convince anyone that it could not have acted differently concerning  the detention of a party leader, just before the elections, in a crowded prison that is about to collapse! The defense can only hope that the objective of the Public Prosecutor is not to improperly influence the forthcoming elections on February 26th 2018.”

“The Public Prosecutor could have also chosen to wait until after the election, because now they have the appearance of being against it. Again, the investigation has been going on for quite some time!”

“Whatever may be true, Mr. Richardson is now more than ever convinced that SXM must regain control of the autonomous powers, including justice, as quickly as possible, so that the SXM population can monitor the exercising of these powers. Because with the current consensus laws of the Kingdom, SXM has no control over the exercising of judicial powers.” the statement concludes on behalf of the client Mr. Richardson.