Home St. Maarten News Next hearing in Pompeii-investigation in June 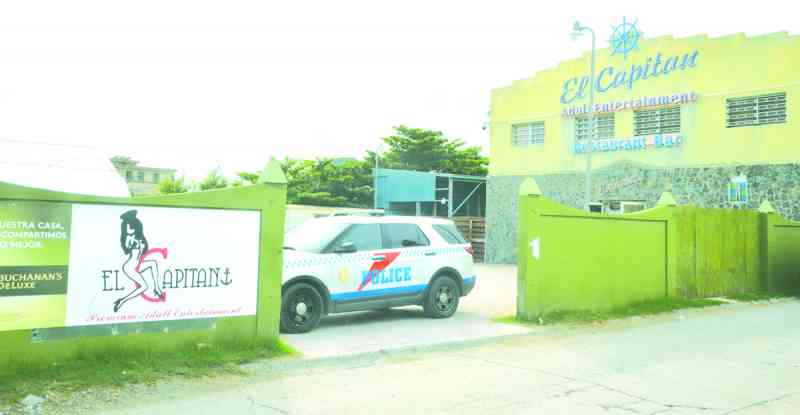 PHILPSBURG – The Court in First Instance set the date for the next pro-forma hearing in the so-called Pompeii-investigation on Wednesday at June 27. The investigation focuses on the exploitation and illegal employment of 21 prostitutes at the El Capitan and Le Petit Chateau brothels between January 2014 and November 2016.

The court decided, at the request of attorney Eldon Sulvaran to handle the criminal trial and the process to seize close to $5 million from the defendants separately.

The court denied a request to hear witnesses who could declare about the government’s toleration policy, because the existence of this policy has been sufficiently established. “The charges have to do with exploitation and illegal employment,” the judge said.

Six prostitutes, whose names are on the summons, will be heard as witnesses at the Judge of Instruction.

Attorney Cor Merx, who represents Louella R. and Ramphsis R. took issue with the prosecutor’s office for refusing to provide a dossier to him. The judge later said that the prosecutor’s office had put the bar very high for the ‘stelbrief’ (the document in which an attorney declares that he of she represents a client), while it was clear that Merx represented the two defendants. “That is not according to the law,” the judge admonished the public prosecutor.

Merx will now get his dossier, but the court denied his request to postpone the hearing to give Merx the opportunity to submit requests for further research.

Earlier during the hearing Sulvaran, via a video link from his office in Curacao, pointed out that it is custom to await the outcome of a criminal case before initiating a process to seize assets from defendants.

Sulvaran furthermore fulminated that “the government is the largest beneficiary from prostitution” because it charges $1,300 for a work permit. “The worst thing is, when a girl does not come, the government refuses to give back the money the club paid for the permit,” he said. “Now that should be investigated.”

The attorney furthermore complained that prostitutes had been heard as witnesses by investigators and that they had been deported immediately afterwards, making it impossible for the defense to hear them as well.

“Hearing those witnesses is essential for establishing the facts,” he said. “Otherwise there is no fair trial.”

The public prosecutor noted that the fee for a work permit – he mentioned a tariff of 1,600 guilders – is the same for everybody. Except, of course, that prostitutes pay this tariff for the right to work in St. Maarten for six months, not a year.

A second prosecutor told the court that the prosecution seeks to seize close to $5 million from the defendants. Liens have already been placed on nine pieces of real estate and on cars and trucks, and also on buildings located at Bush Road 21 and 26.

“We are here because of envy,” Toochie M. said when he was offered the opportunity to address the court. “We work based on the rules the government has established. I was a policeman for seventeen years. When I started in this business, I went to the governor to make sure that what I was going to do was according to the rules.”

“The girls are our friends,” M. furthermore said. “I don’t know where this charge of exploitation is coming from. None of our girls ever went to the police to file a complaint. The honorable Justice Bob Wit once came to my club and he interviewed all the girls; he found nothing wrong.”