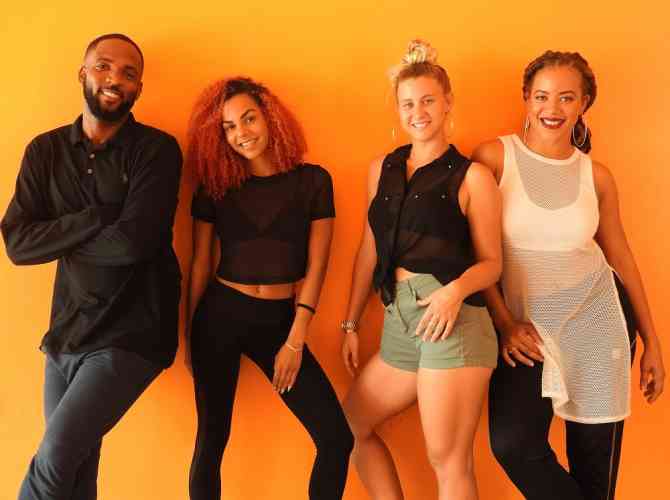 PHILIPSBURG — National institute of Arts to host panel discussion TALK ART featuring Broadway Dance Center (BDC) Alumni Eolia Ada, Giovanni Webster, Natorii Illidge, Bianca Dijkhoffz and Marine Caillet.  The 5 Artist have all recently in different stages, returned to St. Maarten during the latter end of 2017 and early 2018.   “As some of the performing artists are schedule to depart in a relatively short time, this was an opportune moment to engage in conversation on their artistic Journey” says Ms. Reyes who will be hosting the panel discussion on Tuesday January 23.

St. Maarten has a rich and vibrant Arts scene with a long and diverse history, as the National Institute of Arts we seek to continually engage in dialogue on the process of those who have committed themselves to realize their artistic vision in their chosen discipline.

TALK ART 2018 Panel Discussion will be the first conversation in the series after a hiatus. Team NIA is very excited to offer this platform to these 5 dynamic, vibrant committed artists who have been touring the world through effort of their labor in the arts.

The featured panelists include Broadway Dance Center and -Rock The Industry Professional Program Alumni Eolia Ada. A professional performing Artist, dancer, choreographer and educator. Ms. Ada, better known as Teacher Bee Bee, is also a graduate from the Scherer Dance Academy in Guadeloupe and has taught at several schools on St. Maarten as well throughout the Caribbean.

Other panelists include Giovanni Webster a Broadway Dance and Rock the Industry Professional Program Alumni. As well as making the Dean’s List, Mr. Webster has distinguished himself, as Hip Hop Choreographer extraordinaire, and has been extremely prolific on the art scene. Mr. Giovanni experiences include lead choreographer in the Miklos Giterson Drama Production series as well as extending his talent to the realm of actor and dancer.

Panelist Bianca Dijkhoffz is a 20-year-old St. Maarten native who is known for her edgy hip hop style and of course, the red hair. Living and working in New York City, Bianca is signed to Bloc Talent Agency which allows her to audition for music videos, commercials, tours and performances. Bianca was the first dancer to win at the first ever TelCel Breakthrough Competition which propelled her to where she is today. Ms. Dijkhoffz, has recently returned to the island from her dream job touring for 4 months in Japan where she performed for over 2 million people.

Panelist number 4 is Natorii Illidge, a dancer, teacher, and performer. At age of 4, she was introduced to the dance world at the Motiance Dance School. A graduate of University of St. Martin, Natorii holds a Bachelor of Arts Degree in Primary Education graduating with the distinction Summa Cum Laude. Ms. Illidge is also graduate of Broadway Dance Center (BDC) where she received the outstanding student award. Ms. Illidge was also a dance and performing arts teacher at the Learning Unlimited Preparatory School and Dance Theater of St. Maarten and she is booked as a Performing artist on the Princess Cruise lines.

Our final panelist Marine Caillet is the most recent graduate of Broadway Dance Center.

Ms. Caillet is very prominent in the Regional dance scene performing for the National Institute of Arts, the Peggy O’ Company, Winner of Dance Mania Talent competition and Alumni of TelCel Breakthrough and Gold Medalist in the Regional French Federation of Dance competition.

We invite all supporters of the Arts whether it’s the music industry, or Theatre. once you are an Artist in any discipline, we invite you to come out and be part of the conversation.  These artists have managed at quite a young age, through their commitment to excellence in their craft to have carved out a name for themselves in a very tough and competitive industry. Working collaboratively and as solo Artist, they have all contributed to the development of art on the island and put St. Maarten on the Map as a definite player on the international scene as an island with credible and dependable talent.

Talk Art 2018 will take place Tuesday January 23, 7pm at the National Institute of Arts located at the John Larmonie Center