Home Local News Work together and develop an equal Kingdom 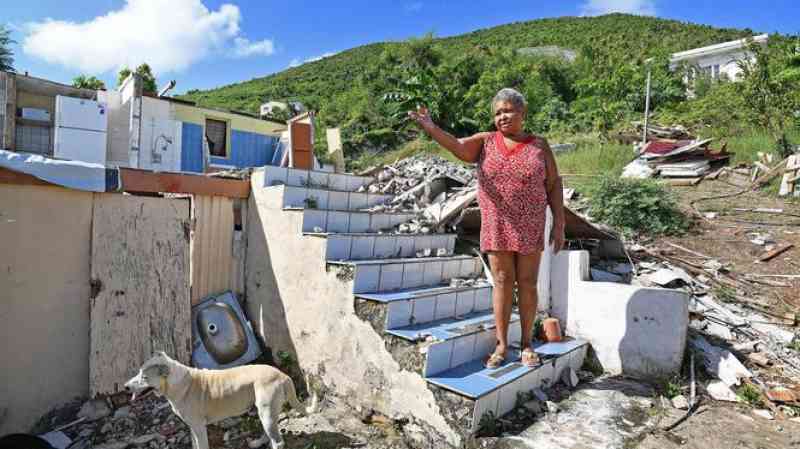 When your house is on fire you do not fight about who is to blame or how the fire may have started. Before you do anything else, you try to minimize the damage and then you try to extinguish the fire.

Burning houses. That seems the best way to describe the current situation on Sint Eustatius (Statia) and Sint Maarten: Caribbean parts of our Kingdom. The Statian government has been sent home by Secretary of State Knops. According to the Dutch government, this is due to an administrative culture best characterized as lawless and severe financial mismanagement. Politicians on sister island Sint Maarten are similarly accused of corruption and bribery by the Mafia, not only by other politicians, but also by their own electorate. A well-known example is that of the Italian chief of gambling Francesco Corallo who is accused of maintaining close ties with Theo Heyliger, one of Sint Maarten’s political leaders. At their turn, these and other local politicians accuse The Hague of neo-colonial intentions. The house is on fire. Poverty and unemployment on Statia and Sint Maarten are increasing while those in charge on both sides of the ocean are fighting about who is to blame. They conveniently forget what their task is: making sure that all Dutch citizens can lead a decent and dignified existence. For good order: citizens of these islands are also citizens of the Dutch Kingdom.

What makes the situation even more horrifying is the literal fire that is burning on the dump at the center of Sint Maarten. Schools and corporations have had to shut down while local residents have to keep their doors and windows closed. A dark cloud is covering the sunny island. And again people are discussing who is responsible: who or what caused the fire? Was it done intentionally? But as we already indicated, the fire needs to be extinguished before this discussion can take place.

This fire can only be doused when representatives from different departments (the departments of Environment, Public Health, Infrastructure, and Finances) from Curacao, Sint Maarten, Aruba and the Netherlands, work together. Such a Kingdom wide, management group, based on equality and solidarity, should also include experts from the corporate and the academic worlds. The management group is tasked with wisely spending the money that has been made available for the reconstruction of Sint Maarten in public-private partnerships. This sustainable development will transform Sint Maarten into an environmental friendly and financially profitable, tourist island.

But this plan does not only concern Sint Maarten. This cooperation should lay the foundation for a Dutch Caribbean that takes the lead in social, ecological and economic development, both regionally and internationally. Under the guidance of the Ministry of Infrastructure and Water Management, the Netherlands has become renowned for its abilities to adjust landscapes to the force of water and to protect her people. Their knowledge and expertise should now be made available to also make the Caribbean infrastructure resistant to the destructive forces of hurricanes and earthquakes.

A similar approach shall extinguish the figural fire that is burning on Statia. Professionals and politicians of the BES-islands, Aruba, Curacao, Sint Maarten and the Netherlands should be selected to collectively fight poverty and develop a well-functioning daily administration. Experts from the island itself should play a prominent role in this. Selection and strategy development lay with the Kingdom Government: The Dutch Cabinet complemented with the plenipotentiaries from Aruba, Curacao and Sint Maarten. This Kingdom Government is accountable to a Kingdom Parliament that is in dire need of being established. It will emanate from the Inter-Parliamentary Kingdom Consultation (IPKO), through which Caribbean and Dutch parliamentarians now meet each other twice a year. This is not nearly often enough. Moreover, the Kingdom Government is currently not accountable to the IPKO which leaves this institution rather powerless. By collectively extinguishing the fires on both Sint Eustatius and Sint Maarten, we can finally give shape to an equal and democratic Kingdom.