Home Local News Detectives reach out to community for assistance in shooting investigation. 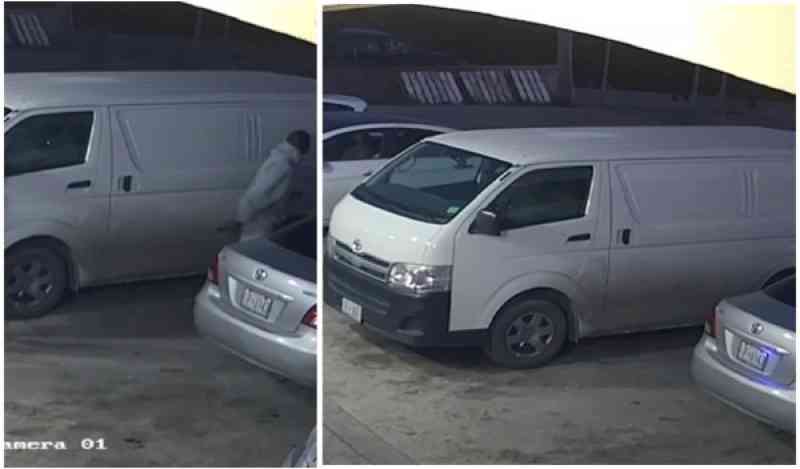 PHILIPSBURG:— Detectives of the KPSM continue to reach out to the community for information in connection with several ongoing criminal investigations. The latest request is in connection with the ongoing investigation of a shooting which took place on December 21st, 2017 opposite the West Indian Village in Dutch Quarter. During this shooting, a male victim was shot in his leg by an unknown assailant. After committing this act the suspect fled in a private vehicle. Detectives have spoken to several witnesses, however, more information is necessary to shed more light on this investigation. Anyone in the community who has seen what took place that evening or has information about the incident should immediately get in contact with the Police Department by calling 54-22222 ext. 105 / 223 or dial 911.
Attached to this press release are two still photos taken from a surveillance camera in the area where the shooting took place.
Photo 1. A man is seen walking between two parked vehicles with a light colored sweater with a hoody.
Photo 2. A picture of a light colored Toyota Yaris with license-plate P-6143 and a white van.
Detectives are looking information to positively identify the man walking between the vehicles and also getting in contact with the owner of the Toyota Yaris.

January 30, 2023
0
PHILIPSBURG:---  Personnel of the Sint Maarten Ambulance Department have successfully completed a five-day training course to familiarize themselves with the four (4) brand-new ambulance... 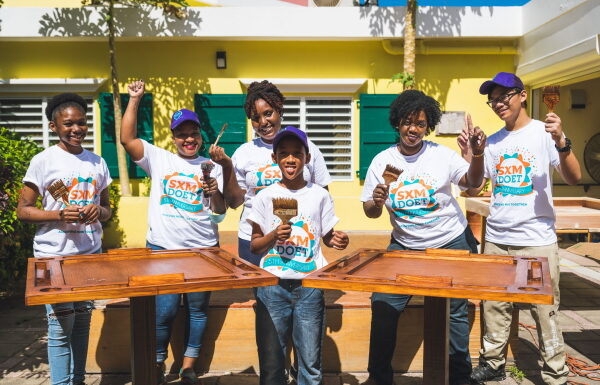 January 30, 2023
0
PHILIPSBURG:---  The SXM DOET team would like to remind all community organizations that the project registration and funding application deadline are today, January 31. “This year we are keeping to a strict deadline, so please make sure you are...
Read more

January 30, 2023
0
PHILIPSBURG:---  The SXM DOET team would like to remind all community organizations that the project registration and funding application deadline are today, January 31....

No sign of criminal act or wrongdoing detected in passing of Laville. |...

January 30, 2023
0
PHILIPSBURG:---  On Friday, January 27, 2023, the Immigration and Border Protection Services (IBP) announced to the public that a gentleman in holding that was...
St. Maarten News

January 30, 2023
0
PHILIPSBURG:---  On Friday, January 27, 2023, the Immigration and Border Protection Services (IBP) announced to the public that a gentleman in holding that was...

Honorable Minister of VSA, Omar Ottley; visits the Elderly during their...

CIBC FIRSTCARIBBEAN STAFF ON THE MOVE TO HEALTHIER LIFESTYLES |...