PHILIPSBURG:— MP Christopher Emmanuel urged the Council of Ministers and Parliament to begin thinking outside of the box and legalize the use of marijuana. Emmanuel said that the state of Nevada have been making large sums of monies on the sale of marijuana. He said that even Jamaica and St. Vincent approved the law to decriminalize the sale and use of marijuana. Emmanuel said that he intends to bring an amendment to the opium legislation in order to decriminalize the sale and use of marijuana for medicinal and recreational use.
He said St. Maarten could solve its budget deficit problems just by legalizing marijuana. The former Minister explained that St. Maarten is busy killing the goose that lays the golden egg (the Tourism product).
Emmanuel asked the Ministers to tell parliament exactly how much money St. Maarten will get for the recovery and rebuilding from the Netherlands.
As for the ultimatum given by the Kingdom Council regarding the budget. He called on the Ministers to research the word “autonomy” because in his view St. Maarten is currently in a colonial state. He urged the Interim Prime Minister to call for a referendum for independence within a six month period. He pointed out that the British Virgin Islands threatens to go independent due to interference from the British. Emmanuel said that the Dutch have been interfering in St. Maarten’s affairs (autonomy”) and he personally has had enough of the interference.
The MP said while the chairlady already said she was not born with “balls” it’s time that she grow some balls to put an end to the constant interference by the Dutch. MP Emmanuel referred to the amount of votes MP Theodore Heyliger gets at the end of each election since 2010, yet Heyliger cannot be a Minister in his own country. Emmanuel also highlighted the fact that the Prosecutor’s office is looking to dismiss the Supervisory Board of the Harbor Group of Companies. He called on the Prosecutor’s Office should know their place and stick to the prosecution of law breakers. He asked the Minister of Justice if he is aware of the situation that brewing in the Court of First Instance since a senior staff member has been suspended. He also asked the Minister of Justice to tell parliament how many of the vehicles sent to St. Maarten post Irma for the Police Force are in operation.
Emmanuel said that St. Maarten has a criminal organization operating right here as he refers to the lunch meeting the Judges, Prosecutor and head of the TBO had. He said that the Attorney General has to give St. Maarten some sort of explanation because the explanation given by the judges and prosecutor is an insult to the people of St. Maarten.
Emmanuel asked the Prime Minister to explain to Parliament why did the Netherlands chose to use the World Bank to manage the recovery funds. 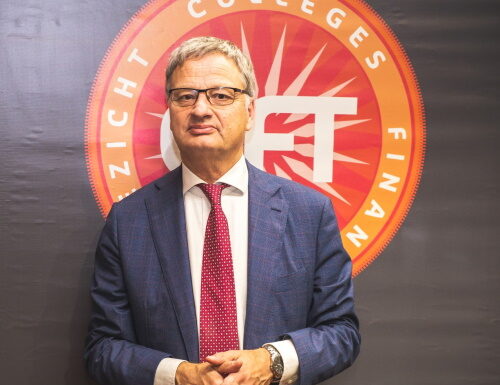 October 27, 2021
0
Willemstad:--- The Curaçao government is facing substantial challenges and it can use the current economic upturn to implement structural improvements. The Board of financial supervision Curaçao and Sint Maarten (Cft) have indicated this in recent talks with the government...
Read more

October 27, 2021
0
Willemstad:--- The Curaçao government is facing substantial challenges and it can use the current economic upturn to implement structural improvements. The Board of financial... 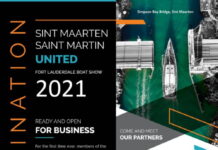 October 27, 2021
0
PHILIPSBURG:---  All aboard SXM! The Sint Maarten Tourism Bureau (STB) is part of the “Destination Sint Maarten/Saint Martin United” Superyacht Pavilion at the Fort...

October 27, 2021
0
PHILIPSBURG:---  All aboard SXM! The Sint Maarten Tourism Bureau (STB) is part of the “Destination Sint Maarten/Saint Martin United” Superyacht Pavilion at the Fort... 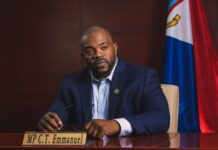 USP: Effective governing is not possible with divisions in coalition....

SEA: Minister’s Focus Should be Centered on Reducing Cost of Living....

Cruise Industry shows it is Open for business with destinations and...

CIBC FirstCaribbean Revs Up for “Drive for the Cure” with the...