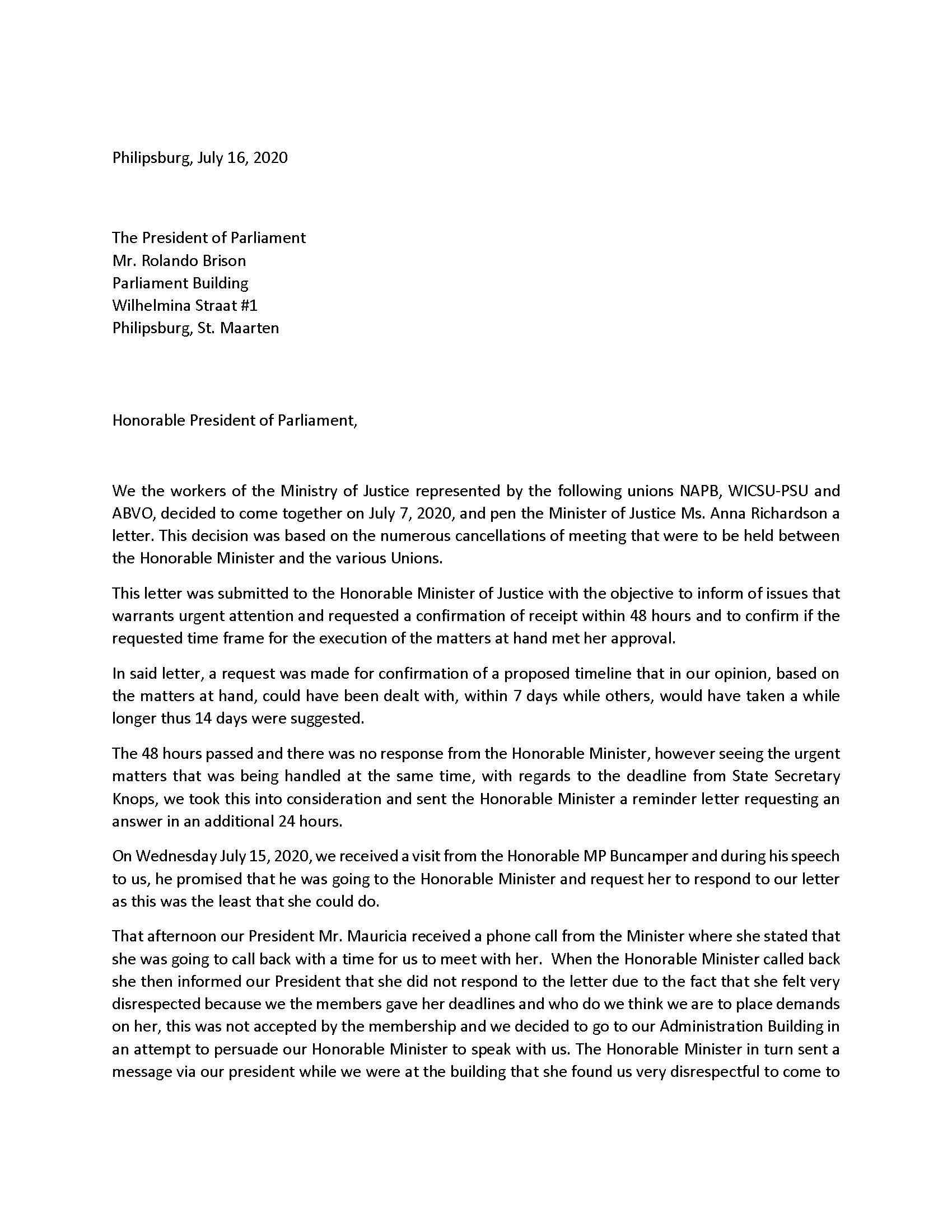 PHILIPSBURG:— Justice workers on St. Maarten has dispatched a letter to the President of Parliament Rolando Brison expressing what transpired at the Government Administration Building last week and the display by Minister of Justice Anna Richardson. The Justice workers through their unions are calling on the Minister to resign and to also send them a written apology for her behavior when she addressed them.
The Minister has since apologized for her behavior on several media outlets but it appears that the unions and Justice workers will not be accepting such apology.