Home Local News Police Brutality Victim says if he does not justice he will be... 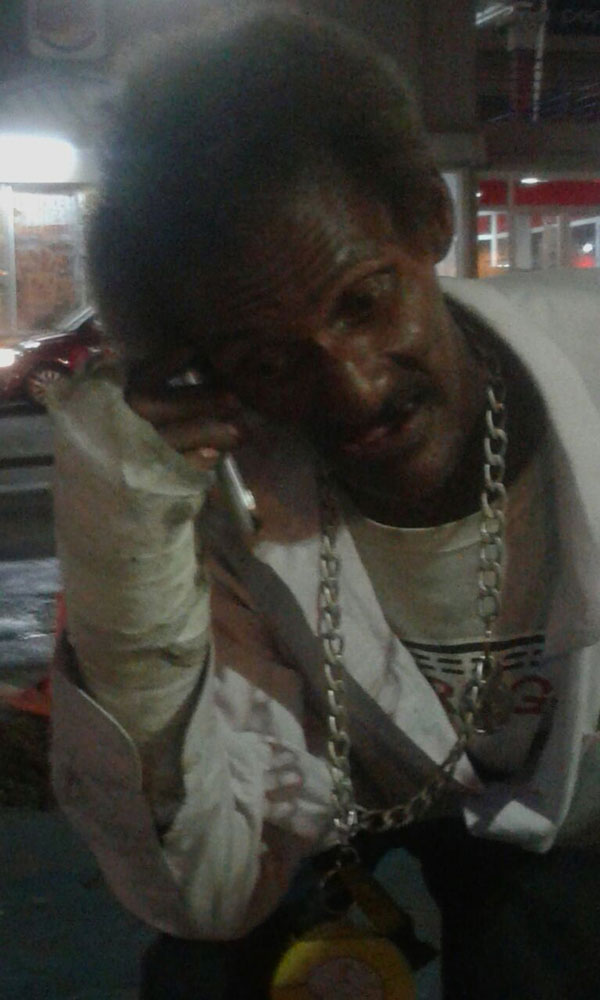 PHILIPSBURG:— Glenville Riley a 56-year-old man that does odd jobs around PHILIPSBURG told SMN News on Sunday night that he intends to take the law in his own hands if the Prosecutor’s Office fails to give him justice. Riley said he was beaten by police officers on Monday after a store owner who seemingly does not like to see him called police when he was in another store seeking assistance for a bus fare to get home. He said two officers showed up at the scene and one of them began beating him with a stick leaving him with a broken hand.
The man who lives in Cul de Sac said three years ago he was beaten by Sheriff Security Guards and during that beating, he sustained a broken jaw. He said he had to go to the Dominican Republic for treatment but to this day those officers from Sheriff Security that assaulted him were not punished for their actions.
Riley said he it took him almost three days before he was able to file a complaint against the officers that beat him last Monday. Riley further explained that he will not let this one pass even though he does not know his attackers personally. He said if the justice system fails him this time around he will be forced to take the law into his own hands in order to send a very strong message to law enforcement on St. Maarten.
He made very clear that he does not want to end up in prison but if the justice system fails him again then he has no choice, he said that he uses his hands to clean people’s yard and do odd jobs to make a living and now with a broken hand with pain day and night he is not able to work to put food on his table.
Last week Police Spokesman Ricardo Henson said in a press statement that Riley filed a complaint against the officer with the detective department and his complaint will be sent to the Prosecutor’s Office for evaluation. Riley also said he intends to visit the Prosecutor’ Office himself because at no point he intends to take this kind of brutality lightly.
Persons that know Riley and brought him to SMN News said they know Riley to be a very peaceful man who does odd jobs. He is not a thief or nuisance to anyone. They also said that they know when he was attacked 3 years ago and he got no justice.

Source: St. Martin News Network
Police Brutality Victim says if he does not justice he will be forced to take the law in his own hands.