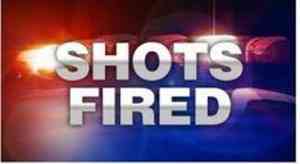 PHILIPSBURG:— The Personnel of the Detective Department is currently investigating a situation where shots were fired in the area of Pelican in the early morning hours of July 22nd, 2020.
The Police Patrol and Forensics Department were sent to a dwelling on Ruby Drive after the Central dispatch relayed that several gunshots were heard in the vicinity.
Officers who arrived at the scene indeed found indications that several shots were fired at the location. There was blood found at the scene and the personnel of the Forensic Department took samples. A search was done in the area, but neither