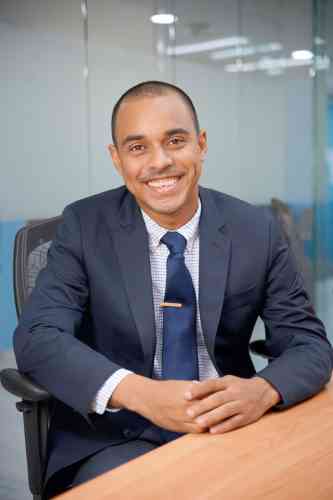 ~ A shining star in the tourism industry, a young vibrant St. Maartener that represented his country and people in a time of disaster ~

PHILIPSBURG:— The name Rolando Brison was a household name way before Brison was appointed Director of the St. Maarten Bureau. For those that could remember, this young St. Maartener was chastised the moment it was made known that he was the selected candidate to become the Director of the St. Maarten Tourism Bureau (STB). Those that were supposed to lead by example crucified Brison for mistakes he made as a young man. However, when Brison got into office he made it his duty to show the people of his country that he could rise above the negativity and represent his country internationally. One could quite easily say that Brison has earned the name “the tourism guy” as Brison went about highlighting St. Maarten everywhere possible. He held fruitful discussions and negotiations to bring back major cruise lines and airlifts to St. Maarten, the Sunshine City.

As a young man attending high school Brison won many tourism debates, he was also the junior Minister of Tourism while winning competitions at the Caribbean Tourism Organization. He went on to study tourism management in college and opened his own marketing firm prior to his appointment.

With his work as Tourism Director pre-Irma already at impressive levels with several plans slated to materialize in 2018, his body of work post-Irma is where he stood out the most. He literally became the face of St. Maarten’s crisis management team when it came to communication with the outside world and managing as best he could the portrayal of St. Maarten’s image.

While elected officials on St. Maarten were busy taking care of themselves or family and friends, Brison went beyond the call of duty and ensured that aircrafts that were coming to the island to evacuate passengers brought along much-needed relief items. Because of Brison’s presence in the international media, he was able to convince donors to send in much-needed items such as water, food, and tarpaulins for the people of St. Maarten.
Immediately in the aftermath of Irma, Rolando took the lead in the crisis management of the country. He worked closely with both the sea and air commanders for the Dutch military in attracting relief efforts to the destination. Over 300 thousand pounds of supplies were flown in through the commercial carriers as a result of his efforts. It was during this period Brison’s selfless act and love for his fellow men showed which earned him SMN News Person Year 2017 Award.
Post-Irma, while the island was busy cleaning up and preparing to welcome visitors again Brison did not cease, he managed to spearhead discussions that resulted in Disney Cruise Lines restarting service to St. Maarten.
Just two years ago, the island got the disappointing news that Disney Cruise Lines would no longer have St. Maarten as one of its port of calls. Immediately upon becoming the Director of the STB, Brison worked closely with the harbor, especially with young counterpart Alex Gumbs to bring Disney back to the destination. Despite the passing of Hurricane Irma, the two were instrumental in having the cruise line return to St. Maarten.
More importantly, his efforts ensured that vital airlift re-commenced soon after Irma. His key role in ensuring the return of cruise lines should not be underestimated because this helped St. Maarten to maintain its position as a viable and attractive tourism destination even though the country has a long road ahead.
As this young vibrant St. Maartener worked, he maintained vital communication and negotiation with American Airlines and JetBlue to ensure that services resumed soon after Hurricane Irma.
With the airport in disarray and the Ministers stretched thin in the aftermath of Irma, Brison was the first line of communication for all commercial carriers to the destination. He maintained constant contact with all airlines and was a central part in giving airlines the confidence to operate flights back to the destination on 10-10-10 anniversary. Since then, airlines have enjoyed high load factors as he predicted, as the demand for the destination is still high even at this time. More flights are expected to come online, with JetBlue adding daily flights as of January 1st.

In the face of great challenges and a stagnant tourism product, Brison remained pragmatic, creative, approachable, and cooperative with tourism partners, practical and forward-thinking in 2017.
Besides his work post-Irma, Brison did quite a lot to ensure that St. Maarten remain the number one tourism destination, thus he worked on several aspects which are listed below.

It is clear now more than ever that St. Maarten does have qualified a capable young people that could rise to the occasion whenever needed. Therefore it is with pleasure that SMN News team select the one person that stood out post-Irma.
From us at SMN News we would like to extend our heartfelt thank you to Rolando Brison for a job well done. We also wish you the very best in your future endeavors in the coming year.

Continuation Committee of Public Health, Social Development and Labor (VSA) of Parliament to meet with the Minister of Justice and the Minister of VSA regarding immigration/residency and work permit...