Home Local News "Statements made by Spokesperson of the Prosecutor’s Office on the establishment of... 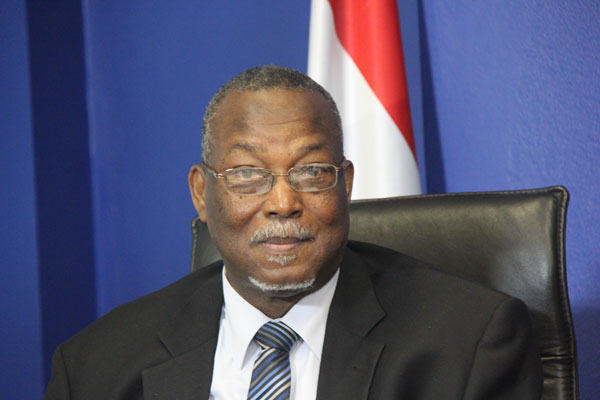 In order to give parliamentarians enough time to prepare the meeting was adjourned until 2 pm on Tuesday.

In his address to parliament on Monday Minister Boasman said that even though he outlined what the six-member team will do and which laws they will use to seize items they believe were accumulated from money laundering funds there were still a number of questions from members of the community and Members of Parliament that represent their constituents.

The Minister said what make matters worse are the statements made by the Spokesman for the Prosecutor’s Office Norman Serphos when he met with the media and gave a statement on the launching of the team. The Minister said some of the words from the spokesman for the prosecutor’s office still ring in his ears, especially where he said that that the team will not need the courts and persons whose items were seized would have to say how they accumulated the items that were seized.

The Minister also indicated that he will not condone any witch hunting especially when it comes to the seizing of people’s homes because many people on St. Maarten reconstructed their parent’s home with their hard earned monies. He said he was brought up in such a way where his parents implored him to take his education and to work hard and if that is done then he will make it in life. He said that is not the way now as the younger generation do not believe in hard work.

The Minister did say that the Asset Recovery Team has been operational in Netherlands and Curacao, Aruba and now St. Maarten. He said that before the team was established proper research was conducted especially in Curacao. The Minister said some people in Curacao’s whose items were seized approached the court to prevent the sale of their properties but the judge still gave the prosecutor’s the right to sell the items since they could lose value and not having a place for storage. Those persons approached courts because they believe their human rights were violated. He said even though that was done before the suspects were prosecuted by a court of law. Those suspects if proven innocent after the court case will have a claim on what was seized and sold.

Minister Boasman went on to tell parliament that he read a report on money laundering in the Caribbean where St. Maarten is listed and it also states that the government of St. Maarten is weak.

The Minister of Justice made clear that the prosecutor’s on the island do not have carte blanche, one being they just cannot barge into people’s home to conduct searches but instead, they would need a warrant from a judge. The motto “Crime does Not Pay” is not only to get people convicted and placed behind bars but to also strip them of items of wealth they accumulate illegally.

Boasman further told parliament that the prosecutor has a number of laws they could use to investigate and prosecute people, and most importantly people that are under investigation don’t even know it.

He said the Asset Recovery team is not different from the Arms Robbery Team that was set up by KPSM to focus on armed robberies, both teams he said focuses on those persons that commit criminal acts. He made clear that this is not something that was imposed on St. Maarten or any outsider but St. Maarten will have full control over the team, the team he said comprised of personnel from KPSM, the tax department, Coast Guard, and Public Prosecutor Office.

The Minister also informed Parliament that the policy to establish the Assets Recovery Team was handled before he took office by the former Minister of Justice Edison Kirindongo and Finance Minister Richard Gibson Sr. He said he knows that government is about continuity and that his Ministry has no problem providing as much information to the people of St. Maarten and Members of Parliament. He insisted that people will not become targets and he will not encourage any witch hunting, a clear message he gave to the Public Prosecutor’s Office. There must be reasonable suspicion or probable cause to investigate people that would lead to the seizing of their goods and properties.

Source: St. Martin News Network
“Statements made by Spokesperson of the Prosecutor’s Office on the establishment of Asset Recovery Team still ring in my ears” — Minister Boasman.

CPS & the VMT warn for a real possibility of a third wave of infections of the more contagious British Covid-19 variant and urges everyone to register for the...

April 11, 2021
0
PHILIPSBURG:— Even though the current numbers of active cases are now relatively low on St. Maarten, CPS has concluded, based on genotyping results, that the British variant of Covid-19 is now circulating on St. Maarten. At least 24 people...
Read more 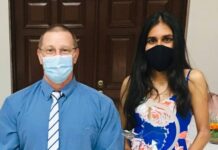 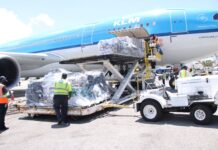