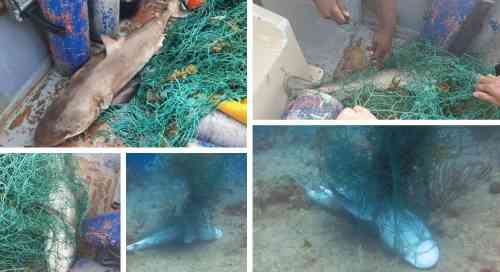 PHILIPSBURG:— The Nature Foundation St. Maarten received a call to report a dead Caribbean Reef Shark (Carcharhinus perezi) tangled in a net within the Man of War Shoal Marine Protected Area in the beginning of July. The foundation crew was able to locate the shark on one of the dive sites and retrieve the body. After bringing the shark to the surface the staff was able to untangle the net and take the measurements of the animal and then give it a proper burial at sea.

Later that week a Sandbar Shark (Carcharhinus plumbeus) was also