Home Local News Visit to China was successful — Pearl of China did not hit... 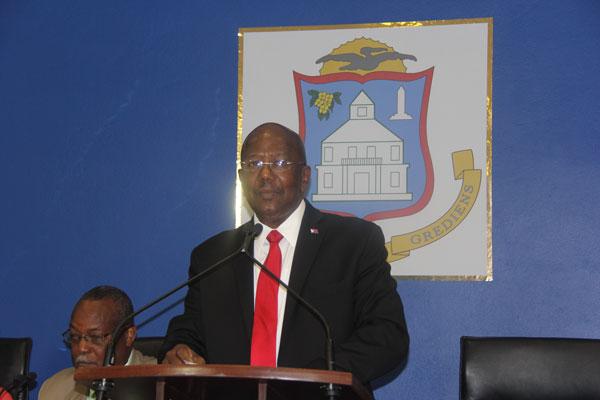 Government offered investors another location to construct the Pearl of China of the Caribbean.

PHILIPSBURG:— Prime Minister William Marlin said his one week visit to China was very successful as he was invited to attend the Road Belt forum, he said that while representatives from several countries attended the forum St. Maarten was the only country from the Caribbean that attended. Apart from that forum, Marlin said he attended the Road Belt Symposium on sustainable development and visited quite a number of places in China which he said was amazing.
Besides that the Prime Minister of St. Maarten said he met with the developers for the Pearl of China of the Caribbean to discuss the hurdles they are now facing with the restrictions on the property they bought in Belair.
Marlin said that government offered the developers another parcel of land which would allow them to begin construction almost immediately. He said the developers accepted the proposal and they will soon be visiting St. Maarten to continue. The Prime Minister did not disclose where the new lot is located as he said discussions are now ongoing. As of the property, the developers purchased in Belair Marlin said they were faced with a situation with certain restrictions as to how many floors and condominiums could be constructed on the property. He said after the developers saw deed for the property could not allow them to construct what they planned which was a trade center 360 hotel rooms and 450 apartment units along with a huge showroom where other Caribbean nations could see and purchase Chinese products at the China- Caribbean Pearl. While the Prime Minister did not say which location was offered to the developers, SMN News learned that the new location will be Mullet Bay Beach Resort.
Marlin said that the developers even requested a permit to excavate so they would have had a number of floors they needed for the showroom and hotel accommodation but they still had issues with a number of apartments they could have constructed. He said in order to speed up the process even though the developers were in discussion with the first owner Rudy Noos of Barbaron, the government opted to offer the developers another location. He made clear that the Pearl of China is still on the books, and the project will continue.