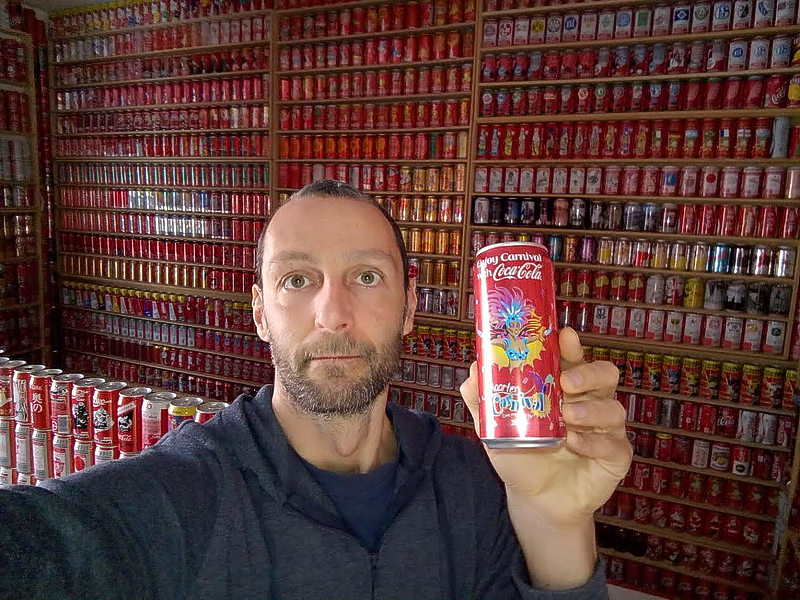 St. Maarten’s Coca Cola cans are the initiative of local beverage distributor CC1. 2017 is the second year the cans have been produced for St. Maarten Carnival and the second time CC1 has sent a collector can to Andreani.

Italy’s Andreani, now 37, received his first Coca Cola can back in 1982 when he was just five years old, an event that kicked off a lifetime’s obsession with the soft drink. Andreani began collecting the distinctive tins soon after, with his father bringing him home unusual designs when returning from his European business trips.

All cans in Andreani’s collection have been emptied through a small hole in the bottom. If they were left on display unemptied, they could oxidise or even explode.

Using his website to display rarities in his collection and to assist with trading rare Coca Cola can collectors’ items, Andreani searches the globe for tins that appeared in shops for only a limited time or sometimes were never even released to the public. This is how he found St. Maarten’s Coca Cola cans for Carnival and requested them from CC1.