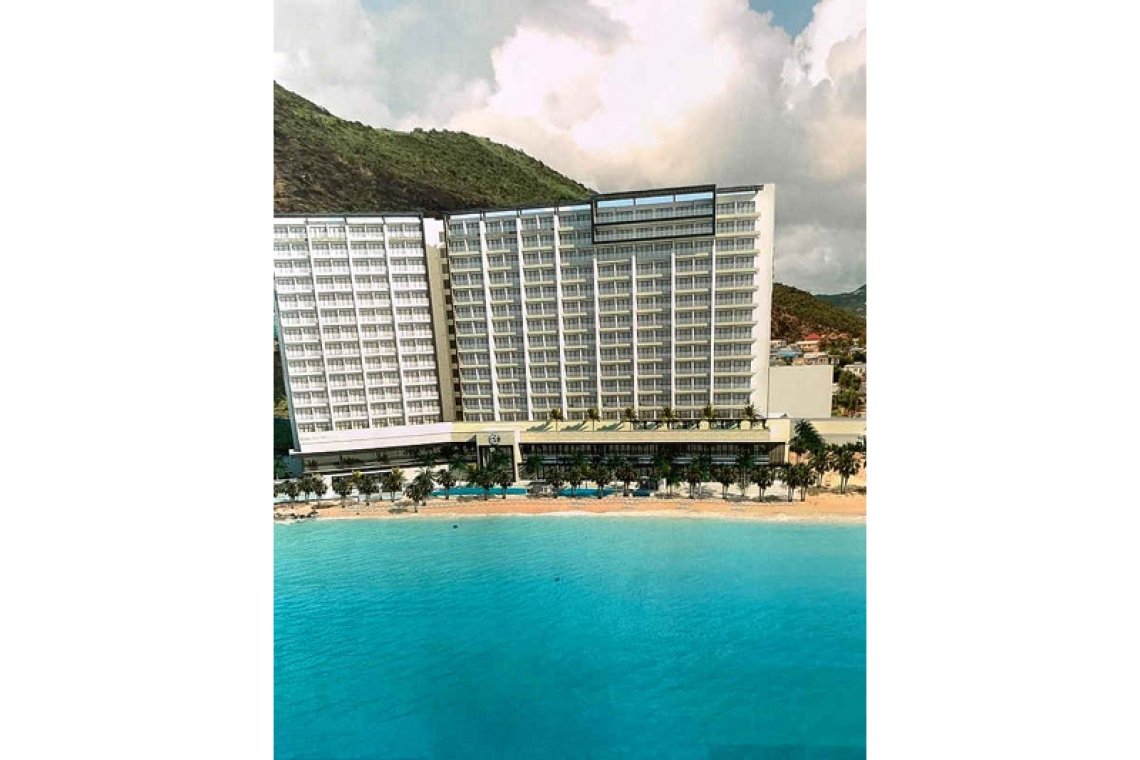 The original artist’s impression of the planned Planet Hollywood Resort.

PHILIPSBURG–A new building permit has been approved for Planet Hollywood Resort, the planned fourteen-storey establishment to be built on the site of the former Sonesta Great Bay Beach Resort, Casino and Spa, which was destroyed by Hurricane Irma in September 2017.  Developer Balaclava NV had received a permit on April 9, 2019, but it was revoked months later by the Court of First Instance for not meeting legal requirements. The judge notably found that there were “improper conditions” attached to it.

The court case had sparked from an initial objection to the building plans by nearby homeowner Steven Johnson. The objection had been rejected by Ministry of Public Housing, Spatial Planning, Environment and Infrastructure VROMI in July 2019. Johnson then filed a case under administrative law. Details of the verdict were published in The Daily Herald on May 14, 2020.

Johnson’s initial objection was primarily motivated by safety concerns and fuelled by a lack of transparency and due diligence by VROMI, he told this newspaper. He is not against a resort being built at the location, in and of itself. Johnson had reason to view the approval process with a sceptical eye, as his home had twice been seriously damaged when parts of the Sonesta Great Bay Resort roof ripped into his house during storms.

VROMI Minister Egbert Doran announced during the Council of Ministers press briefing on Wednesday that the new permit had been issued last week Friday.  “The received objection [was – Ed.] considered and reflected [on] for the renewed permit. The Ministry has worked diligently on the building permit in order to get this project off the ground,” he said. “I believe this is a very important topic for our economy. Once we get this project off the ground it will create a lot of jobs and will help boost our economy.”

Doran declined to divulge, in response to a question by a member of the media, details of what is different with the new permit. This newspaper has requested a copy of the new permit, via the Minister and VROMI permits department, to make the comparison.

The planned resort, with 452 rooms, a casino and a beach club, will be in the hands of Canada-based Sunwing Travel Group.