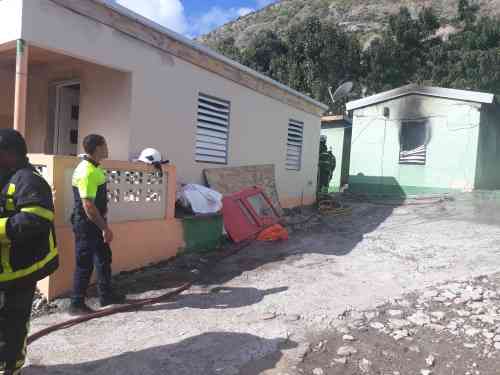 PHILIPSBURG:— The Central dispatch directed the police and the fire department to Fort Willem On Saturday morning February 1st, 2020, about 10.00 am where a house was on fire.

At the residences number 30 in fort Willem, the police patrol encountered a small apartment that was on fire and the and an apartment close vicinity by which was a danger if being damaged by flames.

The fire department who were already on the scene were busy battling to extinguish the fire and trying to protect the second apartment from being burned.

The fire was quickly extinguished by the personnel of the fire

February 28, 2021
0
PHILIPSBURG:— Every Year in February, Black History Month is celebrated all over the world to signify the journey of the black community. As a...