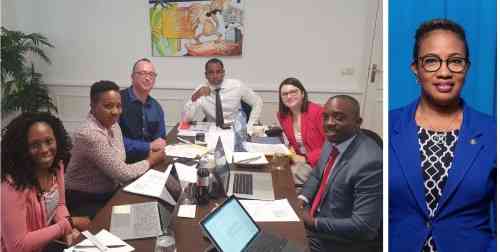 THE HAGUE/ PHILIPSBURG:— This week the St. Maarten delegation, consisting of Prime Minister Silveria Jacobs, Minister of Finance Ardwell Irion, and their advisory staff are in the Netherlands taking part in several meetings.

“We are here to make connections aimed at improving the working relationship within the Dutch Kingdom based upon mutual respect and understanding in the best interest of the people of St. Maarten, stated Prime Minister Jacobs.

Prime Minister Jacobs stated that meetings were held on a technical level with technical representatives from the Ministry of Interior and Kingdom (BZK). Additionally, the St. Maarten delegation met with the Minister