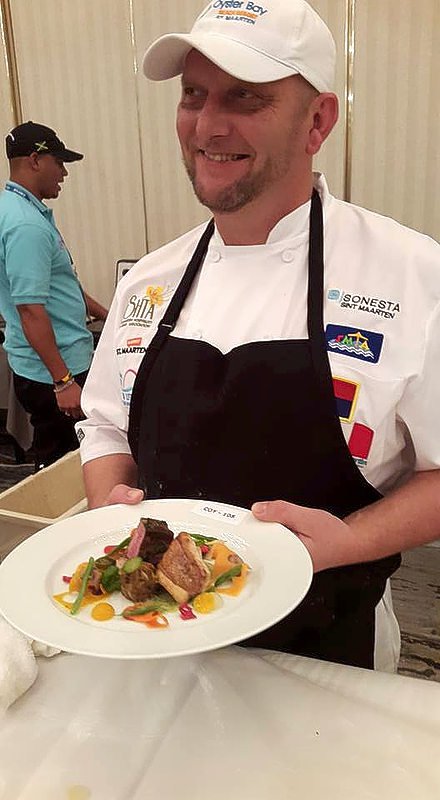 MIAMI, Florida–St. Maarten may have been missing from the annual Taste of the Caribbean culinary competition for six years, but the team, captained by local iron chef Dino Jagtiani, showed that the island’s cuisine reigns supreme by carting off a slew of medals on Friday night.

The team captured four gold medals for Chef of the Year, Fish Dish, non-alcoholic drink and bartender of the year.

Jagtiani told The Daily Herald late last night the Team Spirit Award was a high watermark for the team, as they had only two hours to prepare for the “Taste of the Islands” competition. Other teams had months of training, but the local team originally was told this leg of Taste of the Caribbean was not mandatory and opted out. However, they found out otherwise during the competition. They were faced with rallying St. Maarten/St. Martin fortitude or facing disqualification.

Jagtiani said the team had opted in true St. Maarten style to sweep the competition with teamwork and team spirit.

Bronze was earned in the pastry chef competition.

The team, supported under the umbrella of St. Maarten Hospitality and Trade Association (SHTA), returns home from Miami this afternoon.

More than 10 teams from the Caribbean had thrown their culinary hats into the ring to compete for the honour of being named the best in the Caribbean.